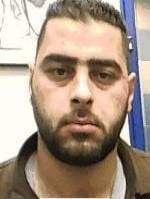 Israel’s Shin Bet security agency said Tuesday that it has uncovered an Iranian military intelligence operation near Hebron that was planning to carry out terror attacks and collect intelligence for the Islamic Republic.

According to the Shin Bet, the key suspect arrested was Mahmoud Makharmeh, 29, a computer engineering student who resides in Hebron. He was recruited for Iranian intelligence by his relative, Bakhar Makharmeh, who is also from Hebron but has resided in South Africa in recent years.

“The operation demonstrates the Iranian involvement in encouraging terror attacks against Israel and also shows the forces being sent by Iran to countries around the world, in order to advance enemy activities against Israel,” stated the Israeli security agency.

Among the crimes Mahmoud Makharmeh was charged with include recruiting suicide terrorists and a cell to carry out shooting attacks, undergoing a training course in explosives and war materials, and recruiting Israeli Arabs who could take photographs inside of Israel for intelligence gathering.

The Shin Bet said it has learned that Iranian intelligence has been using South Africa as a significant center for locating, recruiting and operating agents against Israel in Judea and Samaria.