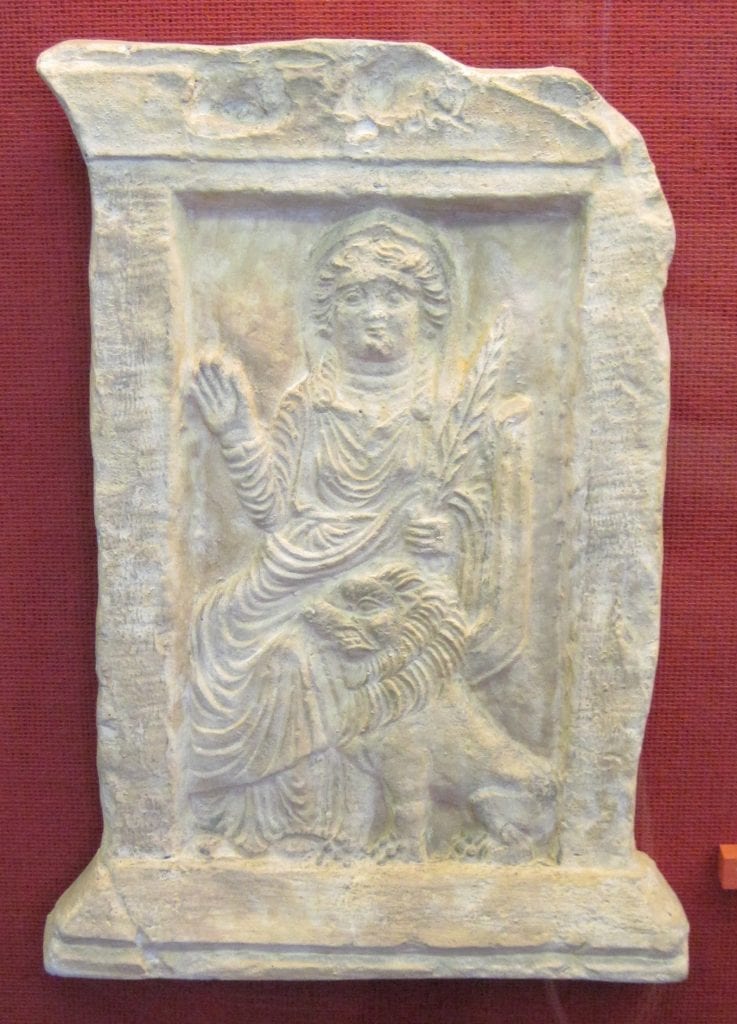 A UNESCO funded project reproduced a statue of a lion, the third project of its kind the organization has supported, leading at least one rabbi to conclude that the real goal of the political organization is to promote an agenda that has always stood as Israel’s nemesis: idolatry.

The Lion of al-Lāt is an ancient statue, almost 11 feet tall and weighing 15 tons, which stood in the temple of pre-Islamic goddess al-Lāt in Palmyra, Syria. In June 2015 the statue was severely damaged, along with many other artifacts at the historic site, by the Islamic State (ISIS) after it captured Palmyra. The statue was eventually removed to the National Museum of Damascus where it underwent reconstruction.

Part of the reconstruction of the lion statue was performed using high-intensity laser projection equipment adapted for large-scale 3-D printing in stone by the Institute for Digital Archaeology (IDA) in Oxford. Much of the Lion project was underwritten by the United Nations Educational, Scientific and Cultural Organization (UNESCO) through its Heritage Emergency Fund and by the European Union.

Biblical scholars associate Al-Lat with the goddess of jealousy and fury mentioned in Ezekiel.

And He said to me, “O mortal, turn your eyes northward.” I turned my eyes northward, and there, north of the gate of the mizbayach, was that infuriating image on the approach. Ezekiel 8:5

The UN has been associated with several projects of this type. Rabbi Daniel Assur, a member of the nascent Sanhedrin, believes there is an inherent connection between the UN and idol worship.

“The entire mission of the organization is to blur the differences between the nations in order to bring them all under one roof and one authority in a New World Order,” Rabbi Assur told Breaking Israel News. “The truth is, as the Bible says, there are 70 distinct nations.The UN believes they can create nations out of thin air.  Once they do that, they can say that there are many gods, even ones you can create by 3-D printing.”

The rabbi believes that this pro-idolatry agenda is actally the basis of the anti-Israel bias at the UN.

“Because Israel stands as proof of what a nation is and the concept of one God, the UN has a vendetta against Israel and is irrationally biased against us,” Rabbi Assur said. “They have a messianic vision of a unified government that will fix the world without God and without the Torah. This has always been the goal of idolatry, beginning with Egypt and continuing with the attempts of Rome and Greece to spread paganism across the world. Now we are seeing its modern manifestation.”

The rabbi noted that idolatry has always manifested in sexuality, as seen in al-Lat, and this is also part of the conflict between Israel and idolatry.

“The blurring of boundaries is brought into relations,” Rabbi Assur said. “Egypt worshipped strange combinations of animals and humans. Torah law forbids mixing of species. Rome and Greece promoted sexuality. The New World Order promotes that everything is one, genders are all the same, there are no borders between nations. They believe everything is one, except God.”

This is not the first time the UN has been involved in pagan idols. In November, a statue of the pagan goddess Athena was reconstructed by the IDA and presented at an exhibit “The Spirit in the Stone”, at the United Nations’ headquarters in New York City. The exhibit described Athena as “synonymous with reason, refuge and the rule of law, all of the same values on which that historic institution was built”, but the spear lying at the statue’s feet belied her more common association as the goddess of war. Some scholars believe the Greek goddess was based on the Mesopotamian goddess al-Lat.This would be consistent with the statue’s history at the site in Palmyra, which was used as a temple by the Mesopotamians, Romans, and Muslims in succession.

The first project undertaken by the IDA was the Arch of Palmyra, a Roman victory arch that stood in front of the pagan temple to Ba’al. Like the Statue of Athena and the Lion of al-Lat, the Arch stood in Palmyra until it was destroyed by ISIS. The replica arch was first erected in London’s Trafalgar Square during UNESCO World Heritage Week in April 2016, which coincided with Beltane, the primary pagan festival honoring Ba’al.

The replica was erected once again in February 2016 for the opening of the World Government Summit in Dubai. World leaders were greeted by the sight if the arch yet again when it appeared as the centerpiece for the G7 summit in Italy last March.