The Biblical ‘Dark Side’ of Star Wars

Home » The Biblical ‘Dark Side’ of Star Wars 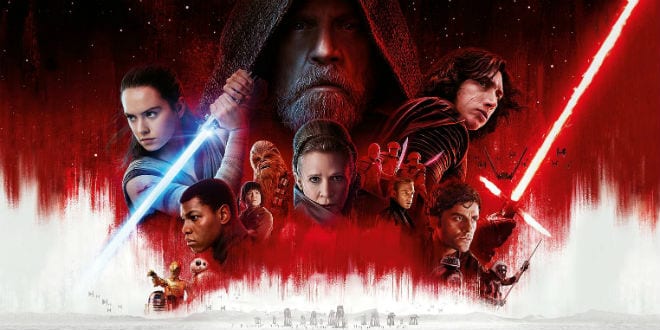 Millions of people are packing theaters to see the most recent installment of the 40-year-old Star Wars saga but many of these people are more than just fans: they have come because they are followers of Jediism, a new religion that is slowly gaining adherents around the world. Ironically, the movie was released on the second day of Hanukkah.

Jediism, a philosophy mainly based on the depiction of the Jedi characters in Star Wars media, began as a humorous response to a query about religion in a British census in 2001 when over 100,000 people wrote it in as their belief system. The religion caught on and by 2010, there were 400,000 Jedis in England, making it the fourth-largest religion in that country.

It is now an international movement and there are over 53,000 Jedis in New Zealand, 55,000 in Canada, and 70,000 in Australia.  In 2007, the Temple of the Jedi Order was registered in Texas, and the US government officially recognized Jediism when tax exempt status was granted 2015. There are now Jedi Temples in several states.

There is no official founder or central structure, but Jediism does have actual temples and an ordained clergy loosely connected by websites. Their belief system is based on the observance of the Force, a ubiquitous and metaphysical power believed to be the underlying, fundamental nature of the universe.

“There is a phenomenon of books and films that have totally captured the public’s attention: Tolkien, Star Wars, Harry Potter, Narnia,” Rabbi Apisdorf told Breaking Israel News. “These are all about the eternal struggle between good versus evil, dark versus light.”

“This movie was the first time the word religion was used to describe Jedi as a religion,” Rabbi Apisdorf noted, describing the Messianic element of Star Wars. “We see that the the dark side is involved with conquering death, which is what seduced Annakin.”

Rabbi Apisdorf emphasized that even though Jewish eschatology also involves resurrection of the dead, it is quite different than the Jedi version.

“The dark side in Judaism is when you go for the right goal but using the wrong method or at the wrong time,” the rabbi explained. ”Conquering death without connecting to God will only bring darkness. Moshiach (Messiah) conquers death but it includes God, so it is the ultimate good.”

Rabbi Apisdorf perceived a different source for the Jedi system of beliefs than the Bible: eastern religions. Real-life Jediism has an official code consisting of 21 maxims incorporating various aspects of Taoism, Shintoism, and Buddhism.

Rabbi Apisdorf explained that these eastern religions, though not evil, were described by Jewish sages as ‘coming from the dark side’.

“In Jewish tradition, these religions come from the descendants of Ketura, who married Abraham after Sarah died,” Rabbi Apisdorf explained.

Avraham took another wife, whose name was Keturah. Genesis 25:1

“According to the midrash (homiletic teachings), Abraham gave gifts to his children from Ketura and sent them east,” Rabbi Apisdorf explained. “The sages teach that the gifts  were actually from the power of the dark side but were not intended to cause them harm.”

The gifts were to be used by these eastern-dwelling descendants of Abraham to find an alternative route to serve God, according to Rabbi Apisdorf.

“Everything is manifest from God: good and evil,” Rabbi Apisdorf said, quoting Psalms to emphasize his point.

“God seems much closer in Sheol (hell) in this verse,” Rabbi Apisdorf said. “As Darth Vader pointed out, the dark side has great power.”

“Abraham gave the eastern religions a backdoor to find the light by way of the darkness,” Rabbi Apisdorf explained. “What they were missing was closeness to Abraham and his characteristic trait of chesed (loving kindness).”

This, too, is reflected in Jediism, whose three tenets are focus, knowledge, and wisdom.

“In Star Wars, even the good Jedi characters don’t have this,” Rabbi Apisdorf said. “The characters that express more heart and kindness, the more Abraham-like characters, are not Jedis.”