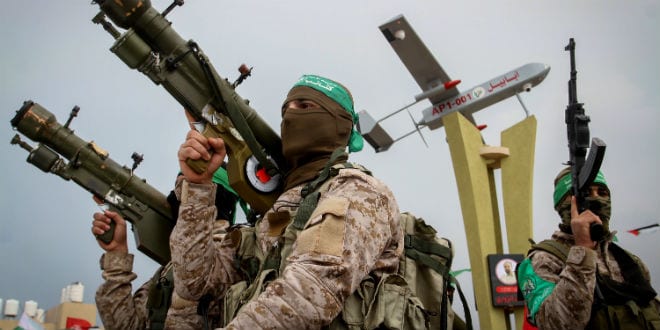 President Donald Trump’s recognition of Jerusalem as Israel’s capital was overwhelmingly rejected in the Muslim world based on the denial of Jews’ legitimacy to have a state in what they see as Islamic territory.

But this anger was tempered by the interests of Sunni Arab governments that are more concerned with their own survival and the threat of Iran.

The chaos engulfing the region since the “Arab Spring” uprisings of 2011 has removed the focus on the Jewish state, which for the most part has stayed out of the intra-Arab fighting.

The Sunni states of Saudi Arabia, Egypt and Jordan voiced relatively mild criticism of the Jerusalem move at a time when those countries are caught between the radicalism of their own people, and their state security interests of countering domestic radicalism and Iran’s aggressive expansionist policies.

“Their official statements called it irresponsible and said that it disregarded international law, international resolutions and the position of the Arab and Muslim world….However, they refrained from inciting violence; even the PA (Palestinian Authority) officials who called for a ‘day of rage’ were careful to call only for peaceful protests,” stated the MEMRI report.

These countries are worried that by fomenting too much of a frenzy over the Jerusalem issue, the resulting protests and violence could topple or destabilize their governments and worsen their relations with the Trump administration.

Israel’s neighbors of Egypt and Jordan share intelligence and quietly cooperate on security matters with the Jewish state, but they are careful not to be perceived publicly as too friendly with Israel and usually go along with public condemnation such as the rhetoric over the Jerusalem issue.

Trump’s announcement, meanwhile, appeared not to be enough to stop Saudi investment in America. The Saudi-backed, London-based newspaper Asharq Al-Awsat ran an article soon after the Jerusalem decision that quoted Saudi Arabia’s energy minister as saying the petrochemicals company Saudi Basic Industries Corporation is weighing several investment opportunities in the US.

Brandon Friedman, a research fellow at the Moshe Dayan Center for Middle Eastern and African Studies at Tel Aviv University, told JNS that “the Saudis and Emiratis are calibrating their rhetoric to satisfy popular sentiment, while preserving their strategic interests, which require cooperation and coordination with the US and Israel.”

Asked about the lack of a strong reaction to the Jerusalem move in the Arab world, Kedar responded, “Indeed, many Arabs don’t care about the Palestinians, but the resurrection of Judaism is against their basic Islamic beliefs.”

That sentiment helps explain a current overlapping of narratives: Palestinian and Arab reaction to the Jerusalem announcement fell short of what some commentators predicted would happen; at the same time, many Muslims loathe Israel but are unable to do anything about it.

Sawalha has made various trips to Israel to foster cooperation between the peoples of the two countries.

Jordan rejected Trump’s declaration, explained Sawalha, since it “believes it is a violation of international law and fears that U.S. recognition will threaten and undermine the Hashemite custodianship of the Christian and Muslims holy places in Jerusalem.”

Yet the government of Jordan is unlikely to make any real changes to its relations with the U.S. and Israel, which help prop up the country’s economy and keep the spillover of violence from Syria and Iraq at bay.

In fact, despite encouragement for protests over Jerusalem from some elements connected to the Jordanian government, the regime worked to ensure that demonstrations did not get out of hand.