Iran: If Europe Threatens Us, We’ll Increase Our Missile Range 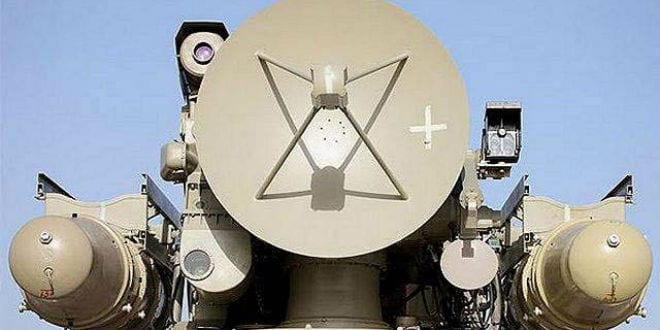 Brigadier General Hossein Salami, who currently serves as the second-in-command of the Islamic Revolutionary Guard Corps, on Sunday responded to French President Emmanuel Macron call for an “uncompromising” dialogue with Iran about its ballistic missile program, saying: “If we have kept the range of our missiles to 2,000 kilometers (1,250 miles) and haven’t increased it yet, it’s not due to lack of technology.”

“So far we have felt that Europe is not a threat; therefore, we did not increase the range of our missiles,” Salami said, adding that if Europe turns into a threat, Iran will not hesitate to do so.

Salami also said the conflicts in Lebanon, Syria, Bahrain and Yemen “are the result of the Saudi regime’s evil and criminal nature, which wants to buy credibility for itself with petrodollars.”

“The threat of ISIS was very serious and if the domino effect of the fall of cities had continued, a big disaster would have threatened the Muslim world and even other countries,” Salami said, adding, “However, Iranian forces recognized the aptness of time and place and countered ISIS at the very beginning.”

Salami also accused the Saudis of helping the “Zionist regime” to undermine Hezbollah, Iran’s proxy terror group in Lebanon, saying, “Saudi rulers view their survival in relying on the US power and secret contacts with Israel.”

On July 1, 2016, Salami stated: “Today, more than ever, there is fertile ground – with the grace of God – for the annihilation, the wiping out, and the collapse of the Zionist regime.”

Salami claimed that “only in Lebanon, more than 100,000 Qassem missiles are ready for launch… so that any time the Zionist regime seeks to repeat its previous mistakes with miscalculations, these missiles would… come down on the heart of the Zionist regime and be the prelude for a big collapse in the modern era… They are just waiting for the command, so that when the trigger is pulled, the accursed black dot will be wiped off the geopolitical map of the world, once and for all.”