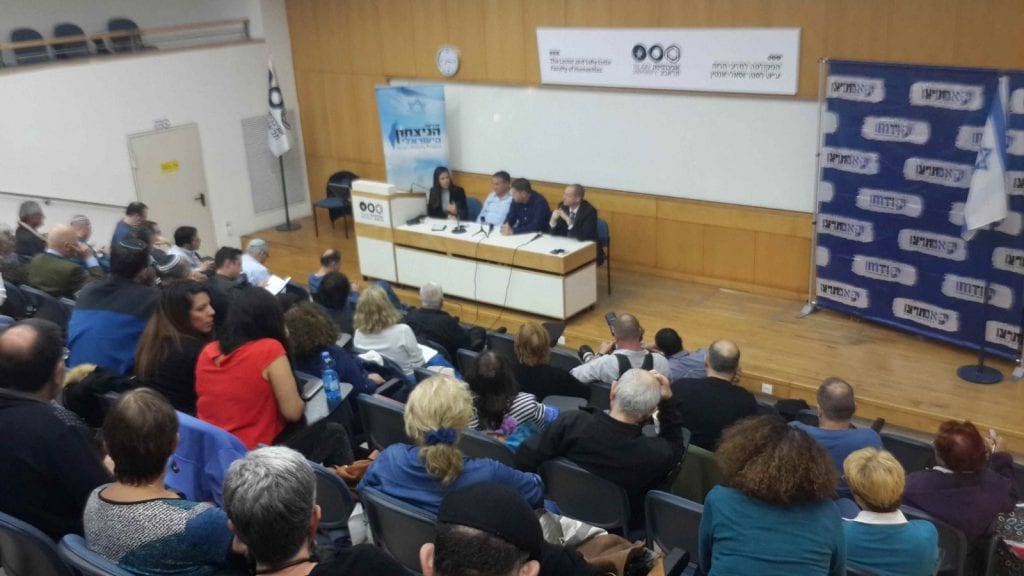 The Israel Victory Project, initiated by the US-based think tank the Middle East Forum, maintains that a resolution to the conflict can only occur once the Palestinians are defeated, give up the goal of destroying Israel and recognize Israel as the Jewish state.

“The current approach to achieving a resolution to the Israel-Palestinian conflict has consistently failed because it allows Palestinian rejectionism to be met by a call for further concessions from Israel, thus pushing peace further away because of the entrenchment of a Palestinian denial of the Jewish people’s right to sovereignty,” said Professor Daniel Pipes, President of the Middle East Forum.

“As Ronald Reagan said regarding the US fight against communism, the only way to ‘win is if they lose,’” added Pipes.

In June 2016, the Israel Victory Caucus was launched in the US Congress by Senators Ron DeSantis and Bill Johnson, with a parallel caucus co-chaired by MKs Oded Forer and Yaakov Peri opening in the Knesset. Last month, a joint declaration was signed by both caucuses that declared “the primary obstacle to ending the Palestinian-Israeli conflict is the near century of Palestinian rejectionism of the right of self-determination for the Jewish People.”

Yesterday’s conference, moderated by Channel 20 journalist Lital Shemesh, was the first of nine conferences to take place in Israeli universities over the course of the academic year. The conferences, organized in cooperation with the Zionist organization Im Tirtzu, are aimed at reinforcing the belief in victory among the Israeli public and will feature prominent Israeli personalities and military figures.

Much of the conference’s discussion focused on the 1993 Olso Accords. “They made us think that time is working against us,” said Maj. Gen. Uzi Dayan. “I was at Oslo. They said that all the problems of the Middle East are because of the Arab-Palestinian problems. But this is a regional war that will unfortunately continue regardless.”

MK Forer attributed much of the Palestinian hostility toward education. “The Palestinian education system nurtures and preserves the false narrative that Israel does not have the right to exist in their textbooks, and educates their children on the dream that Israel can one day be destroyed,” he said. “Therefore, recognition of the Jewish state in the Land of Israel must be a condition for any negotiations.”

Im Tirtzu Chairman Matan Peleg added that “strengthening the belief of the Israeli public in Zionism and victory is a fundamental element of success, and that is why it is important for Im Tirtzu to play a central role in promoting this project.”