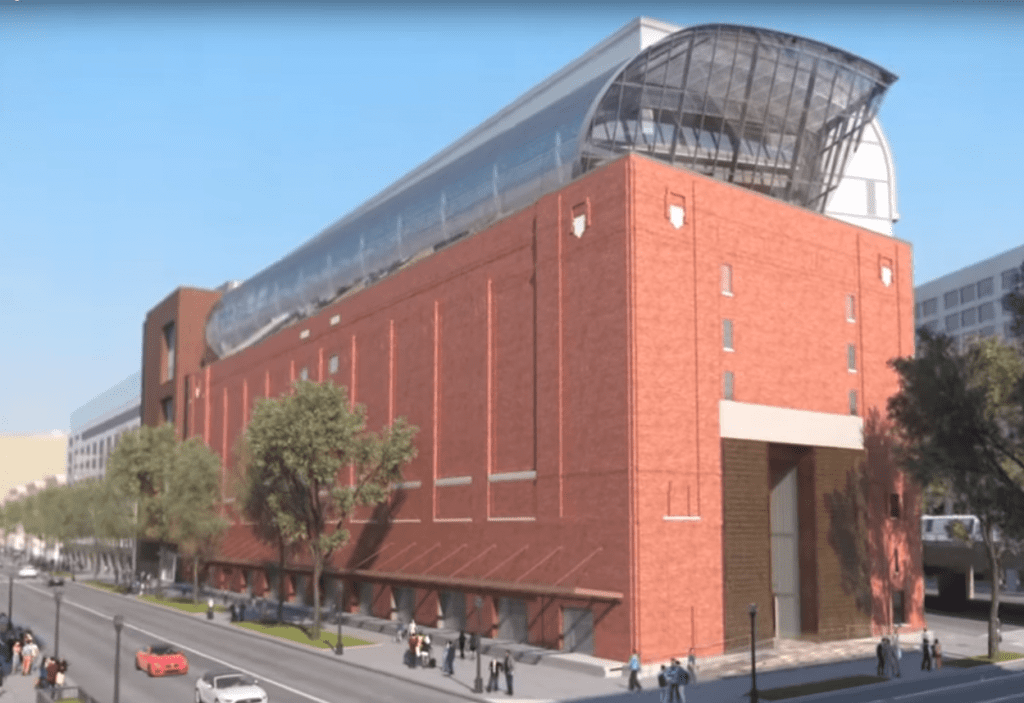 In hopes of bringing the most significant piece of literature to the American capital, the new The Museum of the Bible opening in Washington D.C. on November 17 will feature a live exhibit of the traditional writing of a kosher sefer Torah (Torah scroll), performed by Eliezer Adam, a Jewish scribe.

Adam started his work as a scribe in 1978 and in recent years, has taught sofrut, scribing, at his own online school for Jewish scholars.

“Next to the Torah exhibit, the museum has a scroll wall, with Torahs rescued from Europe and information about them. Then there’s a desk where I’ll be writing a sefer Torah, with camera that zooms in on the writing and magnifies it on the wall behind,” Adam told Breaking Israel News.

The overarching goal of the museum is for “everyone to know about the Bible, to be interested in it, and to read it,” said Adam.

The value of bringing sofrut to the public is an authentic view of Torah. “The sefer Torah is conspicuously authentic,” said Adam. “It’s in the original language, any other Bibles are translations and all translations are a step down from the original meaning. The fact that there’s a person actually writing a live sefer Torah at the museum makes it very real and relevant, much more so than a printed book.”

He continued, “The Torah is the source, where everything started. All other religious are based on the Torah to some degree or another. So the exhibit will get people’s attention and make them interested in what the Torah has to say.”

The museum has eight floors and 72 hours of interactive content, experiential content, games, and thousands of Bibles translated into a plethora of languages. One of the floors focus on the impact of the Bible on arts, science, and government, and others focus on stories and history related to the Bible.

The Torah exhibit focuses on the Hebrew Bible, whereas the rest of the museum also includes the New Testament. However, Adam told Breaking Israel News, “The museum isn’t about religion, it’s about the Bible as a book and although the Bible has religious significance for some of us, there is enough interest about it even without involving religion.”

He continued, “The museum doesn’t preach or proselytize on any level. There is hardly any mention of religion on purpose, so people aren’t intimidated and can look at the Bible without an agenda. I have seen that a great deal of non-Jews know nothing about Torah and are very interested in hearing about it. I intend to do my best to be a reliable source of information of authentic information about the Torah,” he told Breaking Israel News.

Chairman of the Board of the Museum of the Bible, Steve Green, also commented on the museum’s educational goals. “The Bible is the best selling most translated book of all times,” he said. “It has had an unquestionable influence on science, education, democracy, arts, and society. This book has also profoundly impacted lives across the ages, including my own.”

The practice of writing sifrei Torah (books of Torah) is of utmost importance to the Jewish people. Jews are often called am-hasefer, “people of the book”, because the tradition relies so heavily on the world of God being passed down through writing.

Jewish calligraphy is not only a practice, but it also a commandment. In fact, writing a sefer Torah is the 613th commandment recorded in the Torah, according to the Talmud. “Hashem (God) tells us each to write a sefer Torah so that we won’t forget,” said Adam.

Written by hand, the making of a Torah scroll is bound to strict specifications. Kosher Torahs must be hand-written by a sofer, a devout scribe trained and certified for the task, on parchment made from the skin of a kosher animal (Adam will be using calfskin) and other specifications are given to the ink, quill, and binding of the sefer Torah.

No metals used in creating instruments of war, such as steel or iron, are to be used to create the Torah. The sofer must be ritually pure, immersing himself in a mikvah, ritual bath, in preparation.

To ensure that the Torah is the same Torah that was given to the Jewish people at Mount Sinai, a scroll is deemed un-kosher if even a single letter is added or deleted – a challenging feat considering there are 304,805 letters in the Torah.

If a mistake is found, the letter in question must be fixed by scraping out the letter or peeling it off, sanding down the space, and rewriting it within 30 days, or the sefer Torah must be buried.

This makes it a highly demanding undertaking. The writing of a single Torah scroll usually lasts 1,200 hours, or about a year. According to Adam, after the writing of the sefer Torah is completed at the museum, it will be donated to a synagogue that has an “added value or interest.” Then, Adam will start all over again on a new sefer Torah.

In a special pre-opening tour of the museum, Israeli Deputy Foreign Minister Tzipi Hotovely visited The Museum of the Bible and reported, “The museum embodies our rich heritage from the days of Creation and the values the Bible has given humanity such as freedom and equality before God, the connection of the American founding fathers to the Bible, and the places in the Land of Israel where Biblical events took place, such as the battle of David and Goliath in the Valley of Elah.”

Further, she said, “The museum is accompanied by Hebrew inscriptions along the way, and there is a kosher restaurant that serves Biblical food. I am very impressed by the museum, and it would certainly be right to establish a Bible Museum of this type in Israel as well, in our capital, Jerusalem, the source of the stories and prophecies of the Bible.”