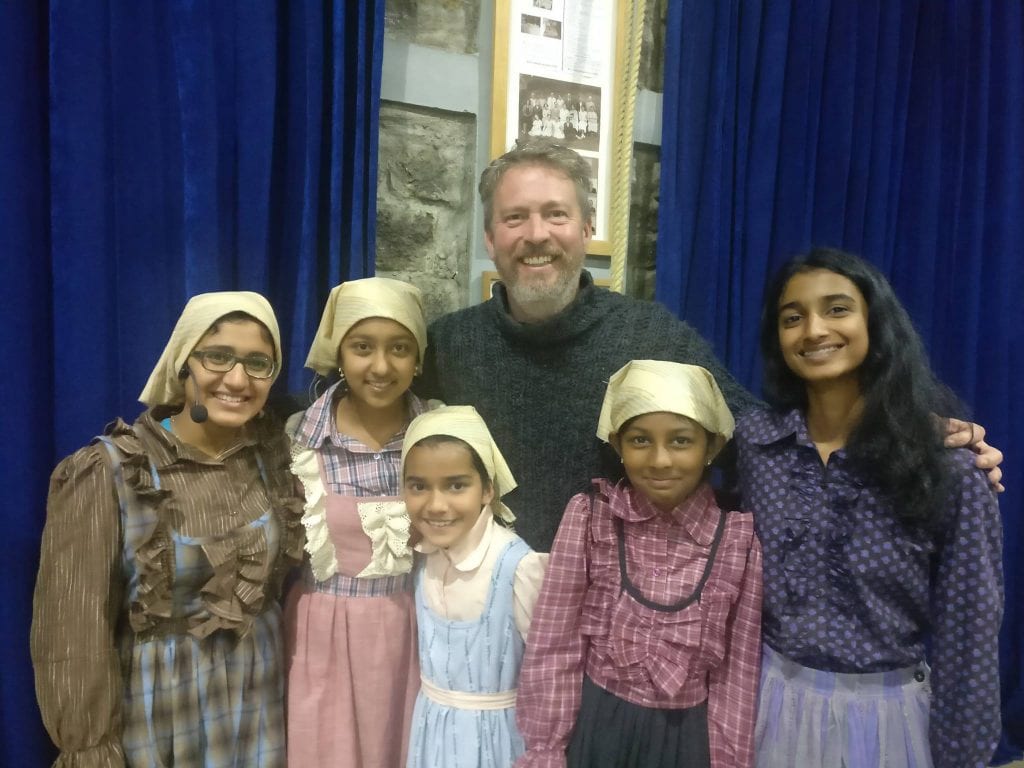 In an improbable meeting of cultures, Kodaikanal International School in Tamil Nadu, India staged a performance of the classic Jewish musical “Fiddler on the Roof” last week. Over 150 students, staff, and artists worked on the production for four months and according to those lucky enough to attend a performance, the results were impressive. The show was performed at the school over the weekend, and will be performed at other venues in the future.

The director, Robert Brian Wood, explained why he made the unusual decision to chose the Jewish classic for his Indian students to perform.

“Fiddler has so many Universal themes, so many important messages,” Wood wrote on Facebook. “I have chosen to focus on Love versus Tradition. Most of my students have attended an arranged marriage. They swear that they will only marry for love.”

Christiaan Bosman, a South African now living in New Delhi, was also thrilled by the performance, noting the relevance of the play to present-day India.

“‘Fiddler on the Roof’ is such a thoughtful choice since it deals with so many issues that modern day India is grappling [with], ranging from ‘matchmaking’ (arranged marriages) in Jewish culture around the late 1800’s, to ‘tradition’ (strong stereotypes in society surrounding gender and all other aspects of life),” Bosman wrote on Facebook after seeing the show.

“The theme of racial and religious discrimination is so relevant to us all and no better way for a school to address this issue with its students than through song, dance and drama.”

Audience member Sunil Gupta was also pleased with the performance. Of course, Gupta was a bit biased since his daughter, Nandini, played the central character of the eldest daughter, Tzietel.

“No words to explain the experience !” Gupta wrote on Facebook. “A stupendous show.”

Despite its Jewish origins, the play has been performed many times in India and even translated into Hindi. This is surprising considering that there are only about 5,000 Jews among India’s 1.1 billion people.

Despite the dearth of Jews in India and the remote location of the school, a local rabbi was available to bless and attend the first matinee performance.