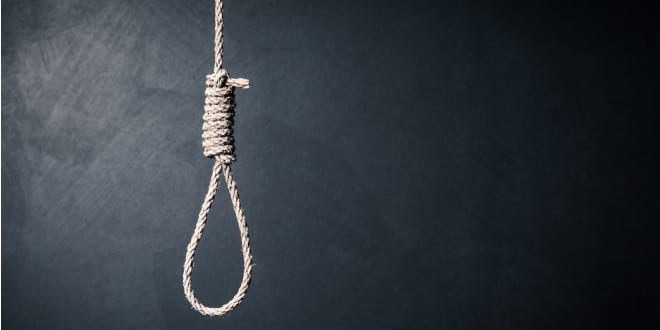 An Iranian man was convicted in Tehran on Tuesday of providing information to the Mossad, the Israeli spy agency, which was used to assassinate several people connected to the Iranian nuclear weapons program. The man convicted of helping the Israelis was sentenced to death.

The man, whose name was not released, was accused of providing the addresses and details of 30 important figures involved in Iran’s research, military and nuclear projects. In the past decade, at least four senior nuclear researchers have been killed in Iran, including Masoud Ali-Mohammadi, Majid Shahriari, Dariush Rezaei Nejad and Mostafa Ahmadi Roshan. Iranian officials have blamed the CIA and Mossad for all the assassinations.

Days after the assassination of Ali-Mohammadi, the Iranian intelligence ministry arrested Majid Jamali Fashi, who the Iranian government alleges confessed to killing Ali-Mohammadi on the orders of Mossad.

The convicted man was alleged to have held numerous meetings with at least eight Mossad intelligence officers, providing them with sensitive information about military sites and the activities of the Atomic Energy Organization of Iran.
Amnesty International reported on Monday that Ahmadreza Djalali, an Iranian doctor who studied and taught in Sweden, had been sentenced to death in Iran on espionage charges. The report said the suspect provided information in return for money and obtaining residency in Sweden. Djalali, a doctor and lecturer at Stockholm medical university the Karolinska Institute, was arrested in April 2016 and held without access to a lawyer for seven months, three of which were in solitary confinement, according to Amnesty International.

“Djalali was sentenced to death after a grossly unfair trial that once again exposes not only the Iranian authorities’ steadfast commitment to (the) use of the death penalty but their utter contempt for the rule of law,” said Philip Luther, Amnesty’s Middle East advocacy director.

Sweden condemned the sentence and said it had raised the matter with Iranian representatives in Stockholm and Tehran.

“We condemn the use of the death penalty in all its forms. The death penalty is an inhuman, cruel and irreversible punishment that has no place in modern law,” Swedish Foreign Minister Margot Wallstrom said in an emailed comment.