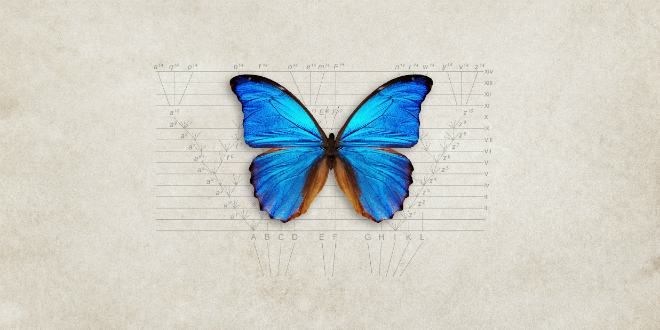 Dr. Nathaniel Jeanson, a Harvard trained cell biologist, challenges Darwin’s Theory of Evolution in his newly-released book, and though he bases his case on his studies of DNA, his common sense debating points are compelling, to say the least.

“You think about Darwin’s subject matter — species like giraffes, elephants, zebras — things that we all recognize. The number that he knew in 1859 was a fraction of what we know today, probably 15 percent of what we know today Darwin knew back then,” Dr. Jeanson told CBN News.

“I think for any other historical question, if you say, ‘Hey, the author of that conclusion had only access to 15 percent of the data,’ you would probably revisit it,” Jeanson continued. “Since Darwin’s On the Origin of Species was published in the mid-19th Century, entirely new fields of science have emerged – fields which hold the keys to the origin of species.”

The source Dr. Jeanson is challenging is Charles Darwin’s foundational work, “On the Origin of Species”, published over 150 years ago. Darwin’s concept of evolutionary adaptation through natural selection became central to modern evolutionary theory, and it has now become the unifying concept of the life sciences.

Dr. Jeanson holds a Ph.D. in Cell and Developmental Biology from Harvard University. He serves as a research biologist, author, and speaker with Answers in Genesis and formerly conducted research with the Institute for Creation Research. He has been using DNA comparisons to understand the true beginnings of life. His findings were published earlier this month in his book, “Replacing Darwin: The New Origin of Species”. In the book, he brings a reasoned challenge to the theory of evolution as presented by Darwin.

“Since Darwin…entirely new fields of science have emerged – fields which hold the keys to the origin of species,” Dr. Jeanson said in the interview. “The origin of the species is fundamentally a genetic question that has the only direct scientific answers to the question. And Darwin tried to answer that question 100 years before anyone knew that DNA was the substance of heredity,” Jeanson explained.”We haven’t been really able to answer this question until now. So he took what I think is an unprecedented massive scientific risk and it’s worth our while to go back and revisit this.”

“What this book represents is meeting the evolutionist’s challenge and saying ‘OK, let’s now deal with modern genetic data’ — the most important scientific field on this question. Can evolution make sense of what we see? Can it predict the number of differences between humans and chimpanzees? Can it predict the rate of which DNA change happens? These sorts of questions,” Jeanson said.

“And what I argue in the book is — evolution is failing at this. And to many people’s surprise even my own, creationists exceed the rate of evolution. I can predict the rate of cats, dogs, elephants, giraffes change their DNA. I don’t think anyone saw this coming,” he stressed.

“We’re advancing our knowledge of the world. The rates of genetic change in these various species, which is the fundamental mechanism of evolution, that’s not been measured in the millions of species that are out there. Just a handful. And I’m saying based on this handful of results, I now can predict the rate of at which Jaguars change their DNA. And that’s a huge advance. That’s the type of laws of science that we need to discover things about the world,” Jeanson explained.

The subject is actually the focus of much debate among the general public. While 98% of scientists connected to the American Association for the Advancement of Science say they believe humans evolved over time, one-third of all Americans believe that humans existed in their present form since the beginning of time, and much more have a hybrid perception of evolution and creation working in tandem.

Dr. Gerald Schroeder, a Torah scholar with a PhD in physics from Massachusetts Institute of Technology, has written several books explaining the seeming conflict between evolution and science.

“If you believe that God put the fossils in the ground and the world was created 6,000 years ago, that may be true and there is really no way you can absolutely disprove that, just as there is no way you can absolutely prove you existed five minutes ago,” Dr. Schroeder explained to Breaking Israel News. “I don’t think it is true because I don’t see God in the Bible trying to trick us. He lets us see and be a part of the process.”

“God could have made the world any way he wanted, in one moment if he wanted. But he took six days. God works in the world in a gradual progressive way. What Darwin said that is still relevant is that all of creation develops. This is straight from the Bible.Genesis describes a development.”

“It shouldn’t be a problem, for science to change and develop,” Dr.Schroeder said. “100 years ago, no one knew the complexity of life, what it takes to move your little finger. It takes something to get it going. I think the divine is couched in the laws of nature.”

Dr. Schroeder quoted Werner Heisenberg, a German theoretical physicist and one of the key pioneers of quantum mechanics.

“The first gulp from the glass of natural sciences will turn you into an atheist,” Heisenberg said. “But at the bottom of the glass, God is waiting for you”

Most significantly, in his book on evolution, Darwin himself considered the Divine as part of the process.

“There is a grandeur in this view of life, having been originally breathed by the Creator into a few forms or into one,” Darwin wrote. “And from so simple a beginning, endless forms most beautiful and most wonderful have been and are being evolved.