Rabbi to Haredi Soldiers: “You Are Followers of Our Great Forefather Abraham” [PHOTO SPREAD]

Home » Rabbi to Haredi Soldiers: “You Are Followers of Our Great Forefather Abraham” [PHOTO SPREAD] 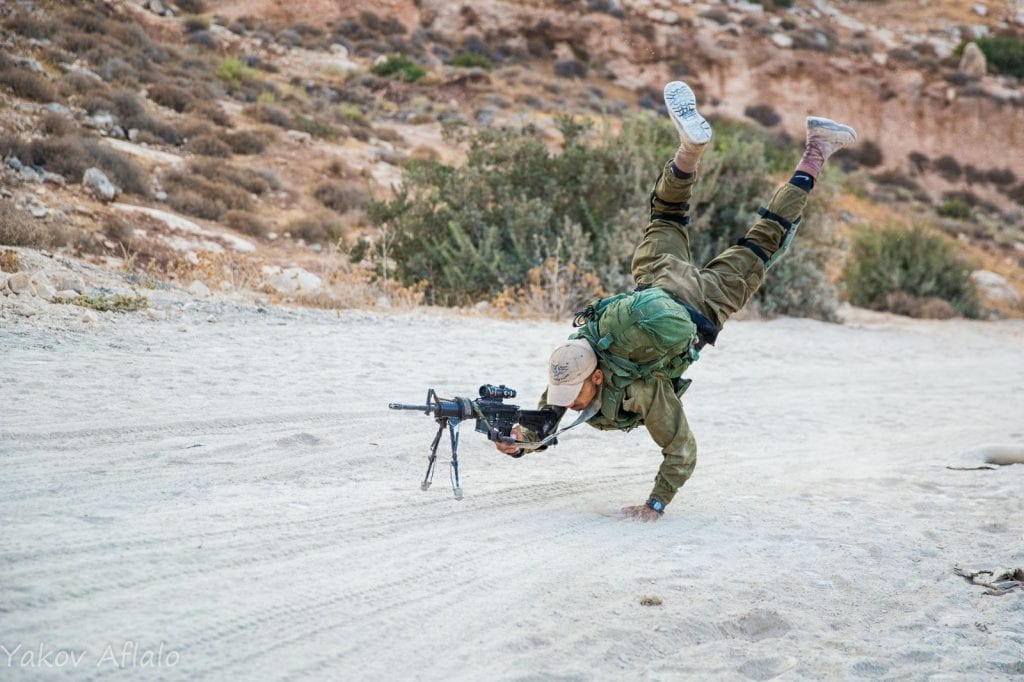 While highways and main junctions in Jerusalem and throughout Israel were blocked today by Haredi factions protesting the draft, religious soldiers of the Netzach Yehuda Battalion carried out an intensive brigade-wide military training in the  Jordan Valley.

Rabbi Yitzchak Bar-Haim, one of the presiding rabbis of Nahal Haredi Organization, addressed the gathering of brigade soldiers emotionally: “It is in the merit and inheritance of our great forefather Avraham that we are here in the Land of Israel. You are the ones fighting for that same Land that the Holy One Blessed Is He promised our forefather Avraham. You are the ones sanctifying the Name of heaven everywhere you walk. You are the ones perpetuating the sacred battle on behalf of the People of Israel. Avraham was called Hebrew-Ivri (one who passes over) because the whole world stood on one side, and he opposed them on the other side. The whole world thought differently than him, yet he knew that the most paramount value was absolute faith in Hashem. What others thought of him was irrelevant. Brothers and friends, you are soldiers who unite from every place in this country and disregard what others may say about you. You perpetuate the path of Avraham Avinu. It is he who initiated this faith and dedication to Am Yisrael and Eretz Yisrael. You are his grandchildren, his descendants. You are the ones whose strength will bring Mashiach!”

Lieutenant Colonel Itamar Deshel then turned to the soldiers and said: “Noah’s ark also housed the wolf and the lamb, the leopard and the goat…Our duty as soldiers and commanders who are drowning not in a flood of water but in a flood of blood, is to stand united against the challenges of the day and manifest responsibility to one another, each man to his family and each man to his nation. The experience of all armies since the dawn of time has proven that the fighting spirit yields success on the battlefield. Our fighting spirit, mutual responsibility, and the value of camaraderie will lead us all to triumph.”