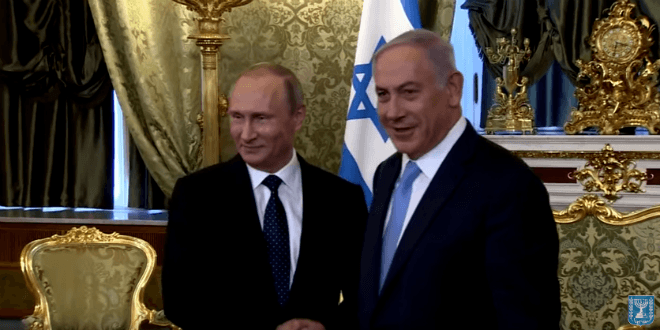 At the 14th Plenary Session of the elite Valdai Discussion Club, Russian President Vladimir Putin surprised the academics and politician gathered at the prestigious conference when he responded to a question about the role of technology in modern conflicts by citing the Torah.

The Valdai Discussion Club brings together scholars and politicians from around the world for its annual conference. President Putin has attended every year since it was founded in 2004. On Thursday, President Putin addressed the conference and stated that science and technology are crucial factors in social change. He was challenged on this point by Fyodor Lukyanov, Presidium of the Council on Foreign and Defense Policy, who stated that “the fundamentals – territory, demography – are still eternal”.

Putin responded by citing the “Torah” as a source.

“The things you mentioned do remain eternal, fundamental values,” President Putin answered. “It is no accident that the Torah calls giving up territory a great sin. Both territory and the wealth of the land, people – those all remain the most crucial factors.”

He went on to discuss how this pertains to the current global environment.

“But today there has been a qualitative change,” President Putin said. “The rate of change is so high. Mr Gref must have told you (he can tell such tales till dawn) that it is becoming plain to see – science and technology is becoming the decisive factor in the area of military security and international politics. Everything is happening so fast, and the changes are irreversible.”

In his original statement, Putin said the traditional values played an essential, stabilizing, role in society.

“It is also obvious that even the very latest technology will not be able to ensure sustainable development on its own. A harmonious future is impossible without social responsibility, without freedom and justice, without respect for traditional ethical values and human dignity. Otherwise, instead of becoming a world of prosperity and new opportunities, this “brave new world” will turn into a world of totalitarianism, castes, conflicts and greater divisions.”

Putin has a positive view of Jews and many of the main people close to him when he was young were Jewish. This has led to false conjecture by some of his detractors that Putin himself is Jewish.