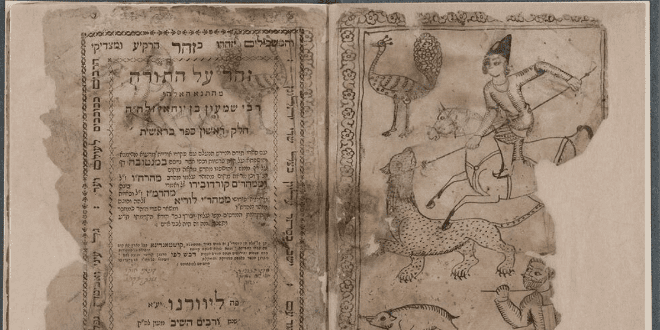 A treasure trove of Hebrew documents, including religious texts and mezuzahs, found in Iraq following the fall of Saddam Hussein and brought to the United States in 2003, are scheduled to be returned to the Muslim country next September. US Democratic and Republican lawmakers and Jewish groups have lobbied to renegotiate this deal, arguing that the documents should be kept in the US, Israel or a place where they will most likely be safer and accessible to Iraqi Jews and their descendants.

“There are tens of thousands of Hebrew documents which Iraq looted when the bustling Jewish community of the country was persecuted and thrown out in the 1930s and 1940s,” explained Roni Segal, academic adviser for The Israel Institute of Biblical Studies, a company which teaches Hebrew language and Biblical studies online, to Breaking Israel News. “We are grateful to the US, under the auspices of the National Archives in Washington, DC, for restoring and digitizing these artifacts.”

Iraqi officials and other advocates want the archive returned to Iraq, as per the original agreement. They claim that the documents would be used as educational tools for Iraqis to learn about their country’s history and about the Jewish people who used to live there.

Groups representing Jews from Iraq decried their return. “There is no justification in sending the Jewish archives back to Iraq, a country that has virtually no Jews and no accessibility to Jewish scholars or the descendants of Iraqi Jews,” Gina Waldman, founder and president of Jews Indigenous to the Middle East and North Africa, said in a statement to JTA. “The US government must ensure that the Iraqi archives are returned to its rightful owners, the exiled Iraqi Jewish community,”

Ancient Iraq was known as Babylon. Its large Jewish community traced back to the sixth century BCE, when the First Holy Temple in Jerusalem was destroyed. Ezra the Priest, wrote that most of the Babylonian Jews did not return to the Holy Land when the Second Temple was built. In fact, this remaining community wrote the Babylonian Talmud, which is studied until today.

In modern history, Jews accounted for one-third of the population of Baghdad and numbered 150,000 people across Iraq. Highly educated and successful, Iraqi Jews were present in all professions, including medicine, law, education, science, music and politics.

Much of Iraq’s vibrant Jewish community was forced into exile in the 1950s following severe political persecution and anti-Semitism by then-Prime Minister of Iraq Nuri al-Said. Many left for the state of Israel upon its birth in 1948. Most Iraqi Jews left behind or had their valuables confiscated, including the materials in this extensive archive. Any Jews who remained in Iraq were again persecuted under the dictatorship of Saddam Hussein, and Judaica left in the country was looted.

The Judaic treasure trove was found by US troops in the bombed and flooded Mukhabarat, the offices of Saddam Hussein’s intelligence center and secret police. Among the water-damaged books and ancient documents was a 7th century Torah scroll and metal cases full of records about the Jewish population of Iraq.

“This archive contains a wellspring of Hebrew and holy documents not only relevant to Iraqi Jews but also to all Jewish people who care about holy texts as well as Jewish history,” said Segal. “Books, mezuzahs, religious texts including a Hebrew Bible with commentaries from 1568, photographs and personal documents have all been found.”

The agreement made between the US and Iraqi government was that the items would be returned following their study and digitization. In 2014, the Iraqi ambassador to the US extended their return for four years, bringing the new deadline to September 2018.

Executive vice president for Justice for Jews from Arab Countries Stanley Urman stated that there was no justification for returning the archive to Iraq. “This is Jewish communal property. Iraq stole it and kept it hidden away in a basement. Now that we’ve managed to reclaim it, it would be like returning stolen goods back to the thief,” Urman told JTA.

Though the materials have been digitized for study and preservation, Kedem Forum for Middle East studies CEO Dr. Edi Cohen stated that the materials should be transferred to Jewish hands. In a letter sent to the US Embassy in Israel, Cohen wrote, “We thank the US government for preserving these historical documents. However, now they should be returned to the legal heirs – the State of Israel and the descendants of the Iraqi Jewish community…Without a doubt, Israel will do an excellent job at preserving these documents and allowing the public to access them.”

As the years pass and Iraqi Jews integrate into other countries and cultures, preserving its rich history becomes more important. Israel has established a Center for the History of Babylonian Jewry, dedicated to the history of Iraqi Jews. The center is located in the town of Or Yehuda in central Israel, which has a large Iraqi Jewish population. “Certainly, these documents would be of more value at this location than back in Iraq,” said Segal. “We pray that they find their proper home.”