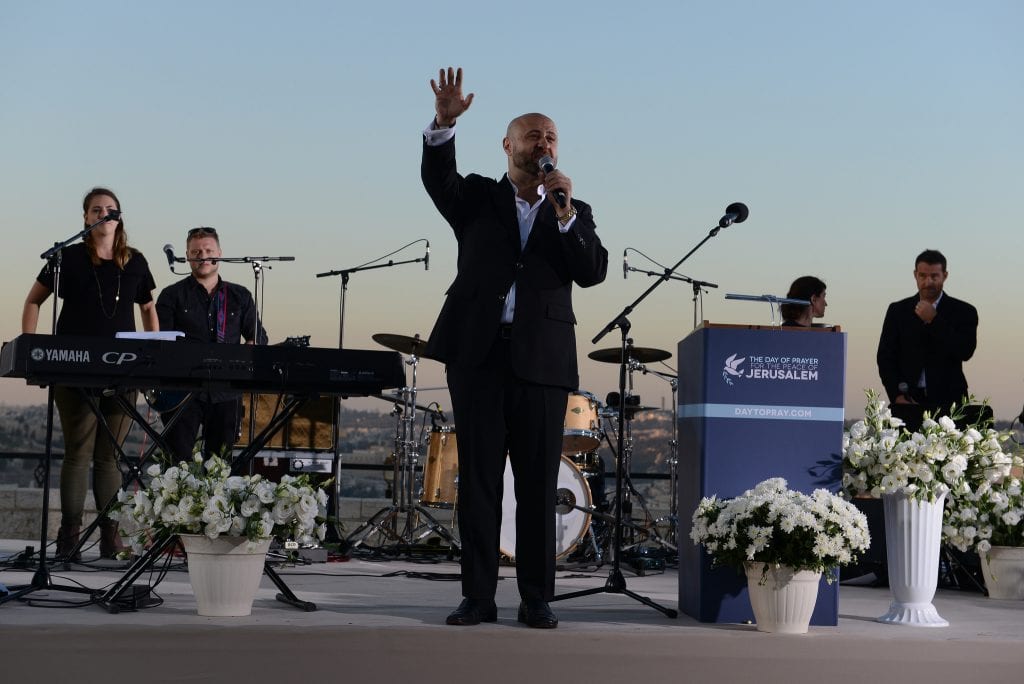 On Sunday, an estimated 500 million participants from over 175 nations joined together in a unified day-long prayer for the peace of Jerusalem.

Reverend Robert Stearns, Executive Director of Eagles’ Wings, a global missional community based outside of Buffalo, New York, led the prayer from the Haas Promenade overlooking the Old City of Jerusalem. From there, GOD TV broadcast the event to 300 million viewers in 192 nations.

Every year, the Day of Prayer for the Peace of Jerusalem (DPPJ) is observed on the first Sunday of October in churches and prayer ministries around the world. Coordinated by Reverend Stearns, Dr. Jack Hayford, and Dr. Paul Cedar, over 1,400 key leaders within the Evangelical Christian world gave their active support. The event was first held in 2002 but is now the largest Israel-focused prayer event in history.

Member of Knesset Yehuda Glick expressed his gratitude for the prayers, saying, “This event is so moving for every one of us here in Jerusalem.”

MK Ilatov, who runs the the Knesset Christian Allies Caucus, emphasized the importance of the event in light of United Nations resolutions denying the historic Jewish connection to Jerusalem. “The question of Jerusalem is a matter of truth,” Ilatov stated firmly.

“It is a Biblical issue. We have to believe the Bible that says Jerusalem is the eternal, undivided capital of Israel.”

Reverend Jürgen Buehler noted that the event was particularly timely in light of Jerusalem’s jubilee year, saying, “It is special that we are here praying for this city today, as this year we are celebrating fifty years since Jerusalem was reunified under Israeli leadership.”

“I would have never thought that a Christian would stand side by side with a Jew,” said Orthodox Jewish leader David Nekrutman as he stood beside Reverend Stearns. “That is a move of the Holy Spirit.”

As the gathering culminated with worship and prayer led by Christian leaders from throughout Israel, Reverend Stearns affirmed, “We believe prayer makes a difference, and it is a privilege to offer prayer for God’s peace in Jerusalem from this holy city.”