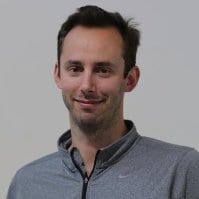 A high-tech millionaire has founded a new religion based on the belief that artificial intelligence will surpass man, and proclaims that in the future, man will worship a divine supercomputer. But a rabbi who is an expert in the interface between religion and technology compared the new high-tech religion to old-school idolatry.

Anthony Levandowski, the key engineer behind much of the technology used by the multi-billion dollar self-driving car industry, filed paperwork in California two years ago creating a new religious organization called Way of the Future. According to Wired, Levandowski is currently between projects and is using his time to pursue his religion more seriously. Way of the Future is dedicated to “develop and promote the realization of a Godhead based on Artificial Intelligence (AI) and through understanding and worship of the Godhead contribute to the betterment of society.”

Rabbi Moshe Avraham Halperin, head of the Machon Mada’i Technology L’Halacha (Institute of Science and Jewish Law) rejected the concept of a computer generated deity as proposed by Levandowski.

“This new religion states that man can make a new God for himself, in precisely the same manner as men 5,000 years ago did when they made a small idol of some strange creature they just thought up and called it God,” Rabbi Halperin told Breaking Israel News.

“Worshipping a computer is like bowing down to  a tiny gold elephant.The only differences are that this new version has an on-off switch and needs to be plugged in.”

Rabbi Halperin pointed out the shortcomings of this high-tech version of God.

Levandowski is not alone in considering the theological implications of AI. Some technologists believe that a supercomputer is going to usher in, or even be, the Messiah. Transhumanism is a growing movement that aims to transform the human condition by developing and making widely available sophisticated technologies to greatly enhance human intellect and physiology. Many transhumanists believe that humanity will enter a Messianic era referred to as the technological singularity, when AI is developed with intelligence equal to or beyond human beings. This level of technology is expected to be achieved within the next two decades.

In an article two years ago, Zoltan Istvan, head of the Transhumanist party, explained how this development will affect humanity, effectively making previous forms of religion obsolete.

The idea of teaching anything to an intelligence that could rather quickly be far smarter than humans is contradictory. Another possibility is that AI will teach us new things about spirituality that we never considered or understood. It may tell us how the cosmos were created, or whether we exist in some simulation theory, or even that there are many AIs before it—ones that are much more sophisticated than itself.

Not only do men of faith disagree with Levandowski’s belief in artificial intelligence, but many technologists also question the direction the field is taking. Using decidedly religious terms, Elon Musk, the founder of Tesla Motors and a pioneer in self-driving cars, warned that such smarter-than-human AI systems pose an existential threat to humanity.

“With artificial intelligence we are summoning the demon,” Musk said at a conference in 2014. “In all those stories where there’s the guy with the pentagram and the holy water, it’s like – yeah, he’s sure he can control the demon. Doesn’t work out.”

When Musk heard of Levandowski’s epiphany and his new religion, he was unimpressed, stating simply, “Just another day in the office.”

Just another day in the office

Levandowski is the wunderkind of self-driving tech, now one of the hottest fields in technology. A technophile from a very young age, he was already earning $50,000 annually building websites while still in college. He was snatched up in turn by technology giants Google, Uber, and Waymo.

The self-declared prophet is currently at the center of the multi-billion dollar lawsuit between Waymo and Uber. In addition, in a suit filed by Waymo against him, Levandowski allegedly stole many of Waymo’s highly confidential files and trade secrets, including blueprints, design files and testing documentation before resigning to found his own company.