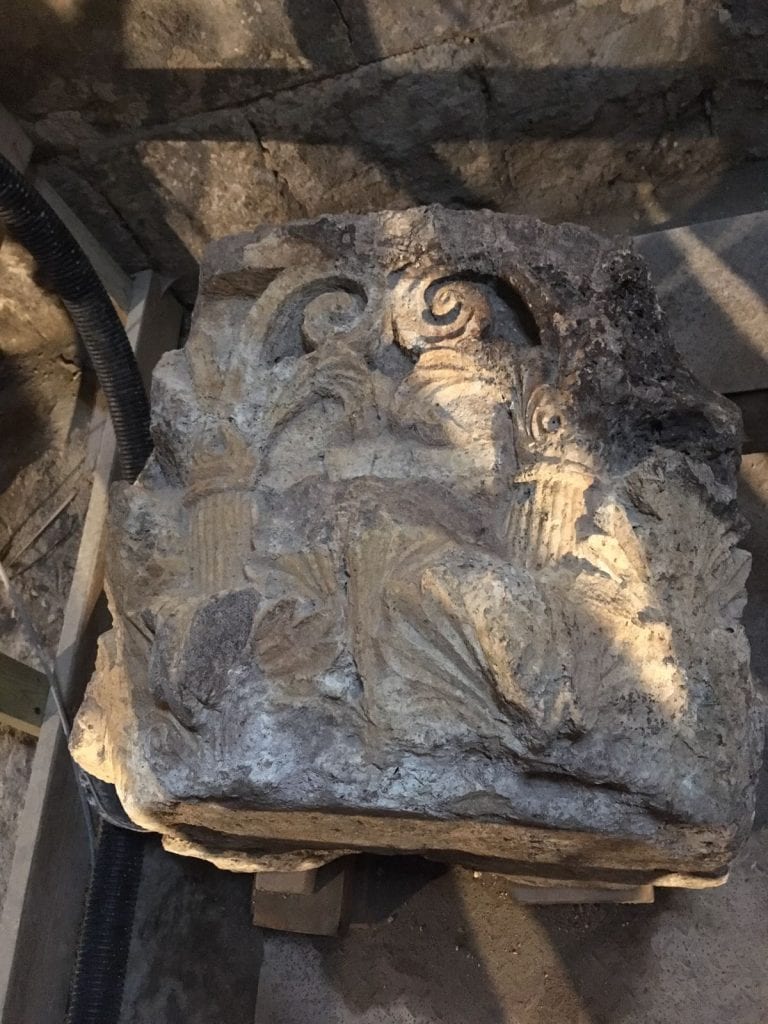 In the course of excavations underneath the Western Wall plaza, a rare Second Temple-era pillar was found which researchers believe was originally part of the Temple Mount itself.

During a decade-long project to expand public facilities at the Western Wall, or Kotel, one of Jerusalem’s largest tourist attractions, workers drilled from the floor of the plaza, at ground level, down through 33 feet of Jerusalem history to the bedrock below.

The unique project enabled workers to stabilize and construct a building over an active archaeological site. Over the course of the work, several valuable ancient artifacts were uncovered, the most exciting of which may have come from the Temple Mount when the Temple was still standing.

Dov Rabinowitz, Director of Education at the Western Wall, said the rare pillar had been discovered as part of an 1,800-year-old Roman wall.

“We found a stone that was more ancient than the wall. They reused it for the wall,” he explained. “It’s the first pillar, the top, the head of the pillar, from the time of the Second Temple.” He noted the intricate carving and design on the stone.

“These are pillars from the Temple Mount itself, that were reused over here.”

Rabinowitz said the drilling process required for the construction necessarily endangered “for sure 2 percent” of any archaeological finding, but it was the price paid to uncover centuries’ worth of artifacts.

“It could be we drilled directly through a coin with the high priest’s name on it, we’ll never know about it,” he said. He compared the dig to going through a birthday cake layer by layer.

It is very rare to find artifacts from the Temple Mount, which was destroyed for the last time 2,000 years ago. The first-ever physical evidence of the site was found by the Temple Mount Sifting Project in 2016, when over 600 colored stone tile floor fragments from the courtyard of the Second Temple were reconstructed by archaeologists.

While still under construction, the Kotel excavation site was opened to journalists during the week of Slichot, special prayers for repentance that Jews recite on the ten days between Rosh Hashana and Yom Kippur. Tens of thousands of Jews gather at the Kotel each night for the service.