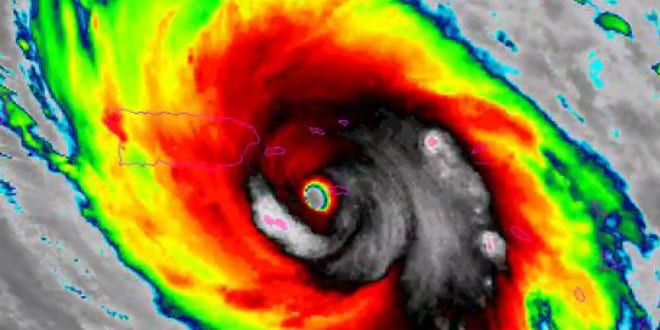 Nature is still raging as a second major earthquake shakes Mexico and yet another Category 5 hurricane is about to hit Puerto Rico. While Mexican rescue teams sift through the rubble and mourn the hundreds dead, residents of Puerto Rico have been told, “Evacuate or die.”

Less than two weeks after getting hit by a major earthquake, leaving 90 dead, the earth shook yet again in Mexico. At around 1PM local time on Tuesday, a 7.1 magnitude earthquake hit Mexico. The government has confirmed that at least 216 people are dead, but the death toll is expected to rise as rescue workers clear the rubble. The US Geological Survey predicted up to 1,000 fatalities will come from the earthquake, as well as an economic impact of between $1-10 billion.

Mexican President Enrique Peña Nieto said more than 20 children and two adults had died and 30 were missing after a school collapsed. 15 people were reportedly killed in Atzitzihuacan when a church on the slopes of a volcano – which appeared to have a small eruption following the earthquake – collapsed during a mass.

The epicenter of the latest quake was near Atencingo in Puebla state, about 75 miles from Mexico City. At least 40 buildings collapsed in Mexico City, the nation’s capital. About two million people in the capital were left without electricity and phone lines were down in many areas. Officials warned residents not to smoke on the streets as gas mains could have been ruptured.

Many world leaders responded to the Mexican disaster and U.S. President Donald Trump tweeted, “God bless the people of Mexico City. We are with you and will be there for you.”

God bless the people of Mexico City. We are with you and will be there for you.

The quake hit just two hours after a nation-wide disaster drill. Each year on September 19, cities across Mexico stage emergency disaster simulations and evacuations. The drill falls on the anniversary of an 8.0-magnitude earthquake that hit Mexico City in 1985, killing nearly 10,000 people.

While Mexico struggles to recover, Puerto Rico braced for Hurricane Maria. Meteorologists say it is the first Category 5 hurricane to make landfall on the island in 80 years and may be the most powerful storm to ever hit the island. Maria could bring up to 2 feet of rain and a storm surge of up to 9 feet to Puerto Rico, sparking flooding and mudslides, CNN Meteorologist Allison Chinchar said.

Governor Ricardo Rosselló declared a state of emergency and urged people to evacuate.

“You have to evacuate — otherwise, you are going to die,” he said, according to Telemundo, NBC’s Spanish-language network. “I do not know how to make this any clearer.”

Cat 5 #Maria has sustained winds of 165 MPH and a staggeringly low pressure of
26.87″. The eye is forecast to cross #PuertoRico today. pic.twitter.com/r7ueZ7Vhk6

Maria has already hit Dominica and killed at least one person in Guadeloupe. Puerto Rico was spared last Tuesday when Hurricane Irma swerved north. Irma killed at least 70 people as it raged through the Caribbean and the Southeastern United States earlier this month.