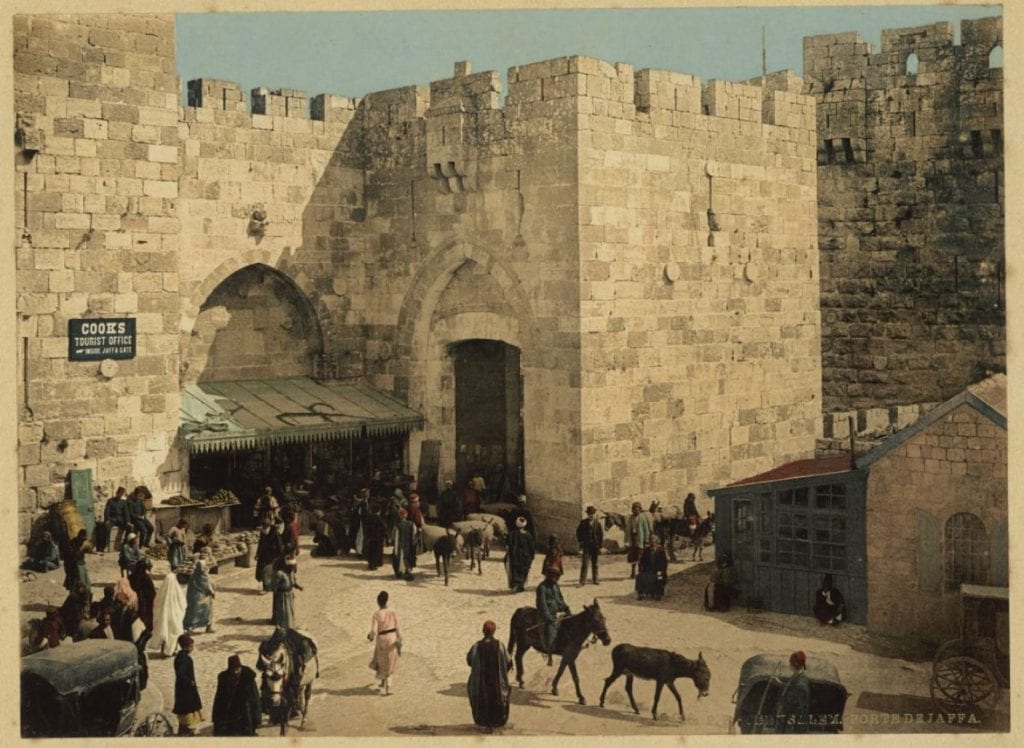 Though historical photos of Jerusalem and Israel in the nineteenth and early twentieth centuries do exist, most are in black and white. But in the late nineteenth century, a revolutionary lithographic method known as photochrom was invented, and black and white pictures were transformed into color – though not the kind of color photography most are familiar with today. The method lent itself to a painterly and artistic style, resulting in pictures that seemed more like artwork than photos.

Two photochrom albums, dating from around 1900, from the National Library of Israel’s archives reveal turn-of-the-century Jerusalem and Israel in astoundingly beautiful color. From the most iconic spots in the city, such as the Western Wall or Jaffa Gate, to Rachel’s Tomb in Bethlehem and the Jordan River, the photos captured a life which likely had more in common with Biblical times than modern.

Donkeys are visible in and around the Old City, led by Arab and Jewish merchants dressed in flowing robes. Pilgrims mill throughout the land, and ancient monuments appear much as they did thousands of years ago, uncluttered by modern architecture and security measures.

The twentieth century saw an almost inconceivable pace of commercial and infrastructural growth in Israel. But before the establishment of the state, the influx of millions of immigrants and the birth of political controversy, the Holy Land was a simple, slow, ancient place difficult to imagine today.

Through these stunning photographs, it is possible to return through history to the very dawn of Israel as a geopolitical reality and witness life in the land as never seen before.

Photographs of Muslim sites, including some that are not accessible to outsiders today, were also taken.

Some photos captured the inhabitants of the land, Arab and Jewish alike.