Work to Resume on First New Settlement in 25 Years

Home » Work to Resume on First New Settlement in 25 Years 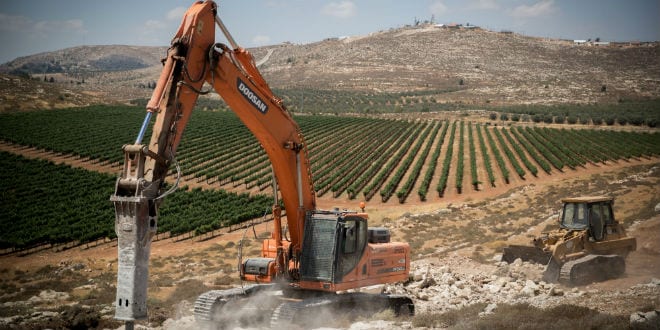 The government will allocate funds to restart work on the settlement of Amichai, Prime Minister Binyamin Netanyahu confirmed Sunday at the weekly cabinet meeting.

The new community will serve as a replacement town for the former residents of Amona, a settlement outpost adjacent to the existing town of Ofra. The residents were evicted in early February from the original site after the High Court of Justice ruled that the outpost had been built on private Palestinian land.

To compensate the residents, the government approved construction of a new community on March 30, two months after the demolition of Amona, but after initial groundbreaking, work was halted in July due to budget constraints after the government failed to transfer funds to the Binyamin Regional Council.

The families have been housed in the Ofra field school since the eviction.

The Interior Ministry will provide some NIS 55 million in funding for the works and and additional NIS 5 million for temporary solutions for the evicted Amona residents.

Settlement leaders welcomed the move. “After many long weeks in which work on construction of the new community has not progressed,  and after a very difficult roller-coaster week, which finally resulted in the cabinet decision, we cautiously welcome the decision which will bring about a resumption of works,” said  Avichai Boaron, head of the  Amona residents committee.