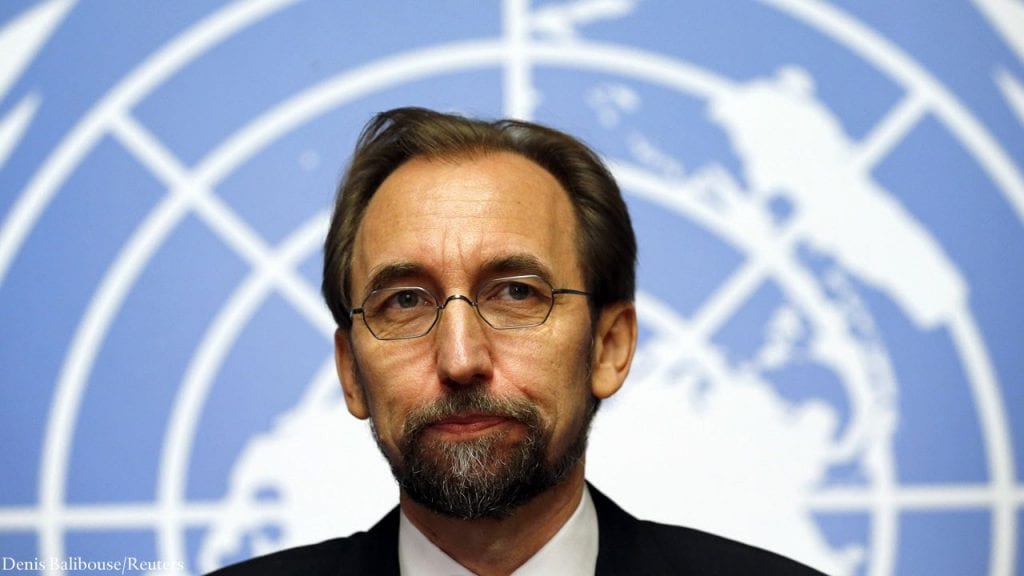 The United Nations Human Rights Council (UNHRC) will publish an international blacklist of companies doing business in Israel’s Judea and Samaria regions by the year’s end, the Washington Post reported Monday. The Trump administration, on behalf of Israel, is pushing back against the move, urging the UN not to release the list.

Caterpillar, TripAdvisor, Priceline.com, and Airbnb are among the American companies on the list, according to sources familiar with it, though the database is not finalized.

The UN’s High Commissioner for Human Rights, Jordanian Prince Zeid bin Ra’ad Zeid al-Hussein, told US officials that a draft of the list will be sent to countries containing “violating” companies for comments by September 1.

The curation of the blacklist was first approved by the UNHRC last year despite objections from Israel and the US, which both believe that the list is a “prelude” to anti-Israel boycotts. Israeli Prime Minister Benjamin Netanyahu said that it would aid the Boycott, Divestment and Sanctions (BDS) movement.

“The United States has been adamantly opposed to this resolution from the start,” State Department spokeswoman Heather Nauert said, adding that US officials have already fought against it before a number of UN bodies. The US, she said, has “not participated and will not participate in [the blacklist’s] creation or contribute to its content.”

“These types of resolutions are counterproductive and do nothing to advance Israeli-Palestinian issues,” she stated.

US Ambassador to the UN Nikki Haley, who since her appointment has been vocally critical of the UN’s blatant anti-Israel bias, called the database “shameful” in June.

“Blacklisting companies without even looking at their employment practices or their contributions to local empowerment, but rather based entirely on their location in areas of conflict, is contrary to the laws of international trade and to any reasonable definition of human rights,” she said.

“It is an attempt to provide an international stamp of approval to the anti-Semitic BDS movement. It must be rejected.”

Haley has on several occasions raised the possibility of the US withdrawing entirely from the UNHRC on the basis of its anti-Israel agenda.

On Monday, Israel’s Ambassador to the UN Danny Danon echoed Haley’s language, calling the list “a shameful step” and “an expression of modern anti-Semitism that reminds us of dark periods in history.”

“Instead of focusing on the terrible humanitarian problems plaguing the globe, the Human Rights Commissioner is seeking to harm Israel, and in doing so has become the world’s most senior BDS activist.”

While BDS states that its goal is to economically punish Israel for its treatment of the Palestinian people, its actual achievements have mostly punished the Palestinians themselves, who lose steady jobs and higher-than-average salaries when Israeli-run factories operating in Judea and Samaria close as a result of the boycott movement.