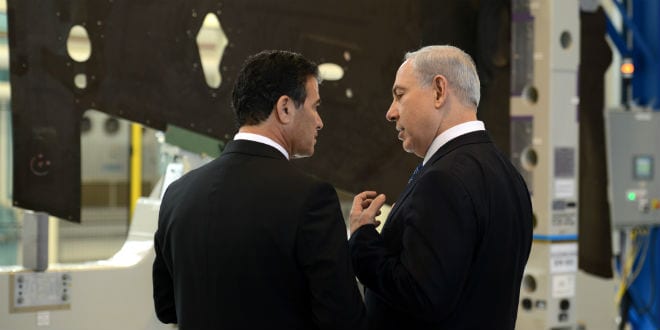 A senior Israeli security delegation will head to Washington this week for talks with United States National Security Adviser H.R. McMaster, Deputy National Security Advisor Dina Powell, Special Envoy for International Negotiations Jason Greenblatt, and other senior officials, according to a report on the Axios website.

Hebrew media reported that the delegation will be headed by Mossad chief Yossi Cohen, and will also include Maj. Gen. Herzl Halevi,  the head of Military Intelligence, as well as Zohar Palti,  the head of the Defense Ministry’s political-security department.

According to Axios, the talks “will primarily focus on Israeli security matters vis-a-vis Lebanon and Syria and are not focused on the ongoing peace conversations.” Greenblatt and Trump’s son-in-law and senior adviser Jared Kushner are due to visit the region in another attempt to kickstart stalled peace negotiations with the Palestinians.

Axios also noted that the visit is a vote of confidence from Israel in McMaster and the White House National Security team against the backdrop of accusations from right-wing circles that he is anti-Israel.

In a briefing to government ministers earlier this week, Mossad chief Cohen warned that Iran is filling the vacuum left as ISIS’s hold on territory in Syria and Iraq wanes.

Cohen said that Iran was spreading its influence both directly through Iranian forces and via local proxies in Lebanon, Iraq, Syria and Yemen.

Cohen also told the ministers that Tehran had not relinquished its goal of becoming a nuclear threshold state and that the 2015 Joint Comprehensive Plan of Action nuclear deal with the P5+1 helped Iran get closer to its goal and emboldened it in its regional aggression.

Following up on Cohen’s briefing, Prime Minister Benjamin Netanyahu warned that Israel would not allow Iran to fill the vacuum on its borders.

“Today we received a review from the head of the Mossad about the security challenges we face. I will summarize it on one sentence – ISIS out, Iran in. We are talking mainly about Syria,” Netanyahu said Sunday.

“Our policy is clear,” he added. “We strongly oppose the military buildup of Iran and its proxies, first and foremost Hezbollah in Syria, and we will do everything necessary to maintain Israel’s security.”