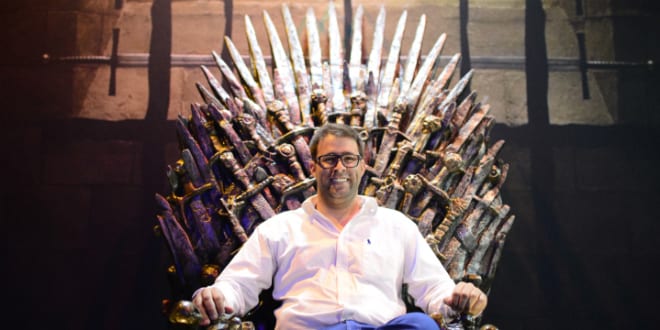 An Israeli MK and Jordanian Parliamentarian were set to fight it out, man-to-man, on Wednesday morning at the Allenby Bridge connecting their two countries, when Israeli Prime Minister Benjamin Netanyahu intervened. The incident, from beginning to end, was childish and unprofessional, however, some see it as a microcosm of the growing tensions that threaten a peace treaty that has stood for more than 20 years

Relations between Israel and its neighbor to the East have been tense since a guard at the Israeli Embassy in Amman was attacked by an assailant armed with a screwdriver two weeks ago. The Israeli security guard responded by shooting and killing the 16-year old assailant and another Jordanian.

After the shooting, Israeli MK Oren Hazan (Likud)  tweeted, ““It looks like our friends to the east in Jordan, those who we give water to and whose behinds we protect day and night, need some re-education. It’s starting to feel like goodbye and we don’t want to see you again.”

Jordanian lawmaker Yahya Mohammad Alsaud responded to Hazan’s Tweet with one of his own, writing, “The shoe of any Palestinian child is more honorable than this villain and his entity [country], and the shoe of any Arab and Muslim is better than him and his rogue entity, which has no origin and no religion.”

The Jordanian politician then invited Hazan to settle the issue with a fist fight. “Let him meet me if he is a man,” Alsaud tweeted.  The two arranged to meet on Wednesday at the Allenby Bridge border crossing at 10 AM.

Hazan assented, tweeting in reply“I accept the invitation of the Jordanian member of parliament to the meeting on the bridge. Tomorrow at 10:00 a.m. I’ll be at Allenby Bridge for a face-to-face talk. I’ve got an offer he can’t refuse”.

On Wednesday morning, Hazan tweeted a photo of himself getting a haircut and breathing into his asthma inhaler in preparation for the fight.

Hazan was on his way to the battle, just three kilometers away, when Netanyahu’s Chief of Staff Yoav Horowitz phoned him, instructing him not to go to the Allenby Bridge. Hazan complied.

“I always say yes to peace and no to violence and conflict,” Hazan explained to the media. “I was on the way to the Allenby Bridge to meet with my Jordanian colleague, a meeting that, in my eyes, was a bridge to reconciliation.”

“I wanted to talk to [Alsaud] and explain to him that, at the end of the day, Jordan is Palestine and Palestine is Jordan, and it would be best for him to take his brothers and sisters, the Arabs of the West Bank who define themselves as Palestinians, back to their home in Jordan,” he stated.

Alsaud did show up at the bridge, ready to fight, but was turned around by border authorities. According to Jordanian media sources, he was ready to fight, calling Hazan a “pig” and a “man without an identity.” He also said, when he heard that Hazan wanted to shake hands, that he would not shake Hazan’s hand because he was there to fight. He posted a video to Facebook in which he stated angrily, “ “I am not shaking hands with someone who killed Palestinian people.”

Hazan is infamous in Israel for his less than diplomatic behavior. Most recently, he became the focus of derision when, during President Trump’s visit to Israel, he snuck in a selfie at the reception. He is also known for his antics in the Knesset plenum, goading Arab MK’s into shouting matches.In December 2015, the ethics committee suspended him from the Knesset for a month in response to a series of complaints filed against him for mocking Yesh Atid MK Karin Elharrar, who has muscular dystrophy.

Alsaud is also no goody two-shoes. In 2013, he was involved in a disagreement in the Jordanian Parliament that escalated. Alsaud and another lawmaker were getting ready to duke it out when someone shot an AK-47 in the hallway nearby.

In 1994, Jordan became the second Arab nation to sign a peace treaty with Israel.