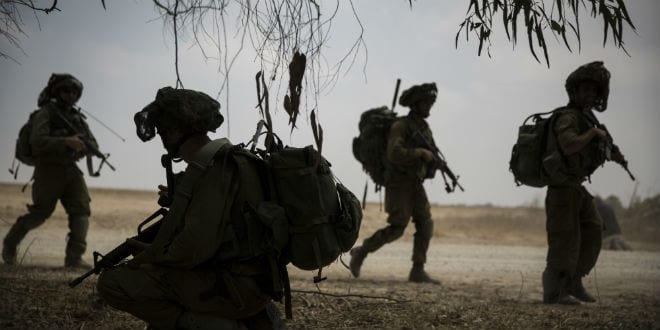 Former Israeli army mental health officer Moshe Farchi has developed a simple yet effective model for dealing with trauma which reduces Post Traumatic Stress Disorder (PTSD). Professionals, as well as laymen, are actively being trained in his method worldwide.

“Following decades of terror and war, Israel has more than its share of experience with trauma,” noted Dr. John A.I. Grossman, Chairman of LIBI USA, the official welfare fund of the IDF, to Breaking Israel News. “Taking care of soldier welfare is our mission and, by extension, aiding and preventing PTSD leads to productive civilians. This is an important discovery.”

The head of the Ministry of Defense, Deputy Director-General Hezi Mashita, recently told the Knesset’s Foreign Affairs and Defense Committee that they are currently providing PTSD treatments for 4,649 disabled veterans of the IDF who are suffering from shell-shock alone.

Through decades of involvement with Israel’s conflicts, Farchi recognized that a large part of PTSD is the immediate feeling of helplessness and numbness that people experience after an attack. “The opposite of helplessness is effective action,” described Farchi. “That’s why first of all we need to activate the person, to diminish the helplessness.”

This activation, which has now been scientifically proven to work, includes asking the traumatized person concrete and factual questions to give him or her the ability to make decisions, reminding them that they are still in control of their lives. It has been found that even choosing between accepting a drink of water or passing on the offer can help avoid PTSD.

Farchi tested his theory during 2014’s conflict between Israel and Arab terrorists in the Gaza Strip, known as Operation Protective Edge. Farchi went to Israel’s southern town of Ofakim, which was hit particularly hard by heavy rocket fire from Gaza. Residents who received Farchi’s intervention showed no occurrence of PTSD in the months following the war.

The method can be learned with a few hours of training, making it accessible to professional and laymen alike. Farchi has already trained professionals in Germany, the Philippines, Argentina, and England.

“Unfortunately, terror now reaches the four corners of the world,” noted Grossman. “I am proud that Israelis take their trials from living in Israel, learn from them, and develop creative and successful ways to help others. That’s the definition of being a light unto the nations.”

Psychiatrists using Farchi’s method of “resetting” a person into daily life following a traumatic event through conversation and decision-making have found that it has both immediate and long-term positive effects as opposed to other methods, such as containing the person, which often fails to reduce anxiety. Though not a psychiatric treatment, it is a process which can be done in minutes and gets the patient thinking and making decisions rather than focusing on their emotions. This frees them from the sense of helplessness from PTSD and quickly brings them back to a functioning level.

“The two main goals of the Farchi system are to quickly return a person to being functional in a way that would reduce the risk of getting killed, and reducing the risk for more serious disorders in the future, such as PTSD,” explained Lieutenant Colonel Dr Ariel Ben Yehuda. “People in life-threatening situations tend to feel confused, lonely, frozen or disoriented. Farchi’s method addresses these issues.”

Farchi’s system is currently being implemented as part of IDF soldiers’ medical training.

“We know that victims of shell-shock and PTSD have tremendous bureaucratic hurdles to prove their inability to function normally,” said Grossman to Breaking Israel News. “If we can avoid the problem all together with this simple yet powerful method, we are truly doing a service to Israel, her soldiers and citizens worldwide.”