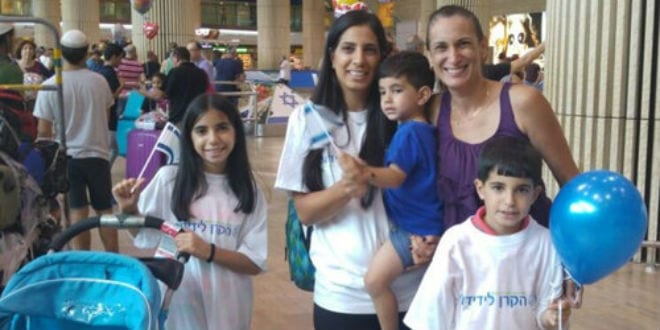 Twenty-six Jews from Venezuela immigrated to Israel Wednesday as part of a surge of Jews fleeing the South American country’s political, social and economic unrest.

After years of discontent with their government under former President Hugo Chavez and his successor, President Nicolas Maduro, Venezuela has been racked by protests that began in April against Maduro’s government. Basic goods such as food, medicine and clean water have become increasingly scarce in Venezuela.

“The situation is very hard,” Michal Levy, 35, told The Jerusalem Post upon arriving in Israel on a flight organized by the International Fellowship of Christians and Jews.

“It’s hard to get basic things like bread and flour,” Levy said, adding that she has been afraid to leave her house due to riots or kidnappings.

According to Rubi Alfi-Nissan, a spokesman for The Fellowship, the organization has brought 200 immigrants from Venezuela to Israel during the past two years.

“We provide each family or single person with a plane ticket, and a grant that is given on the day they land in Israel of $800 per adult and $400 per child,” Alfi-Nissan told JNS.org. “We also follow and support each oleh (immigrant) for at least six months after landing in Israel. During this period, we assist with job placement, and provide basic needs if there are any.”

Rabbi Yechiel Eckstein, The Fellowship’s founder and president, said the organization “is focused on helping Jews around the world who are in financial or security distress, and helping them immigrate to Israel and build a new and safe life.”