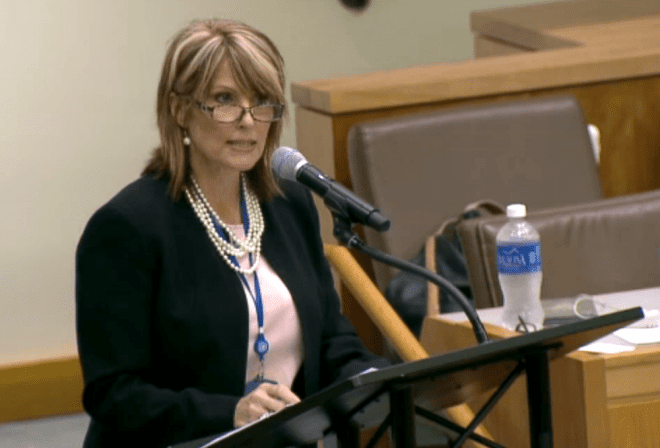 The Catholic Church’s response to recent turmoil over the Temple Mount in Jerusalem confirms that the Church is using Islamic replacement theology, in “direct violation of the Torah”, to “promote heresy” and deny the Jewish and Biblical connection to the Mount, said prominent Christian and Jewish voices in a harsh takedown of anti-Israel Christian vitriol.

“These so-called ‘Heads of Churches in Jerusalem’ are false prophets,” Laurie Cardoza-Moore, an influential Evangelical figure in the global pro-Israel Christian movement, told Breaking Israel News in an exclusive interview. “Their words are in direct violation of the Torah, the prophets, the writings and the New Testament.”

Cardoza-Moore, President of Proclaiming Justice to The Nations and special envoy to the United Nations, referred to a declaration made last Wednesday by a group of churches under the Latin Patriarchate of Jerusalem which placed blame for flaring tensions on the Temple Mount solely on Israel.

The statement transparently sought to placate and pander to Muslim interests by referring to the Temple Mount as “Haram Ash Sharif” and “Al Aqsa” without any reference to the Biblical connection to the site – seemingly rejecting the religious leaders’ own Christian beliefs.

“This [statement] should serve as a warning to anyone – flee from these false prophets and their churches,” Cardoza-Moore declared.

“Had they read their Bibles instead of promoting heresy, they would have discovered that the Temple Mount (not Al Aqsa) is the holiest place on earth according to God, Judaism and Christianity.”

In the ongoing conflict between Israel and the Palestinians, the Vatican has consistently expressed a pro-Palestinian bias overlooking the violence and terror perpetrated on Israel. Pope Francis referred to Palestinian Authority (PA) President Mahmoud Abbas, a major inciter of violence, as an “angel of peace”, and has insisted that Islam is not associated with violence. The Vatican has also recognized the Palestinian claim to Jerusalem by placing its embassy to the PA in East Jerusalem and its embassy to Israel in Tel Aviv.

Cardoza-Moore accused the Catholic Churches of transgressing the law from Deuteronomy.

Accursed is the one who moves the boundary of his fellow.  Deuteronomy 27:17

“These church leaders are promoting heresy in direct violation of God’s commandments and the most vile form of anti-Semitic revisionist history and replacement theology,” she asserted.

Replacement theology is a Christian doctrine which holds that the Church “replaced” Israel in God’s plan and in the covenant with the Biblical patriarchs. Replacement theology has been a core tenet of the Catholic Church for the majority of its existence. Some mainstream Christian theologians and denominations have rejected this belief, perceiving the modern State of Israel as the physical manifestation of God’s everlasting covenant with the Jewish People.

Officially, the Vatican no longer adheres to strict Replacement theology. In 1965, under Pope Paul VI, the Second Vatican Council released the monumental Nostra Aetate document signaling a shift away from replacement thinking. However, the belief remains a core aspect of Catholicism for many.

Indeed, charged Cardoza-Moore, the Catholic Church has actually taken a radical step beyond traditional replacement theology beliefs. By rejecting the Jewish connection to the Temple Mount, she believes the Church has actually embraced Islamic theology.

“Not only have they rejected God’s eternal covenant with our Jewish brethren, but they have replaced Christianity entirely with a radical Islamic ideology,” Cardoza-Moore told Breaking Israel News. “These leaders were either forced at gunpoint to make this heretical claim, or they have replaced their brand of Christianity with Islam.”

Islam espouses an even broader and more extreme version of replacement theology than Catholicism, establishing Islam as the one true religion usurping both Judaism and Christianity. The Islamic doctrine of tahrif teaches that earlier monotheistic have been corrupted, while the Koran presents a pure version of the divine message that they originally contained.

Rabbi Tovia Singer, founder and director of Outreach Judaism and an expert educator on all three Abrahamic religions, told Breaking Israel News that the Catholic Church’s attitude in this crisis essentially “nullifies God’s Covenantal promise of land to the Jewish people.”

“People are understandably perplexed when spiritual leaders of the Roman Catholic, Eastern Orthodox, and Armenian Church refer to the Temple Mount with the Muslim name ‘Haram al-Sharif’,” Rabbi Singer said, noting that the Temple and Judea are holy places in the Christian Gospels as well as in Jewish writings.

“An ascription like ‘Haram al-Sharif’ and the West Bank were unknown to the writers of the New Testament.”

Rabbi Singer explained that the present conflict has placed the Catholic Church in an untenable situation in which espousing Islamic replacement theology is actually preferable to acknowledging modern Israel’s claim to its holiest site.

“If the bishops of Christendom’s most esteemed churches acknowledged that the Children of Israel returned to their homeland and were given sovereignty over Jerusalem, then all the Church fathers were wrong about their core belief on the fate of the Jews,” he said.

“Although the Church battled Islam for more than seven centuries, it cannot concede this victory to the Jews. For Rome, better ‘Haram al-Sharif’ than the Jewish Temple Mount.”