After Hours of Deliberation, Trump Agrees to Reapprove Iran Deal 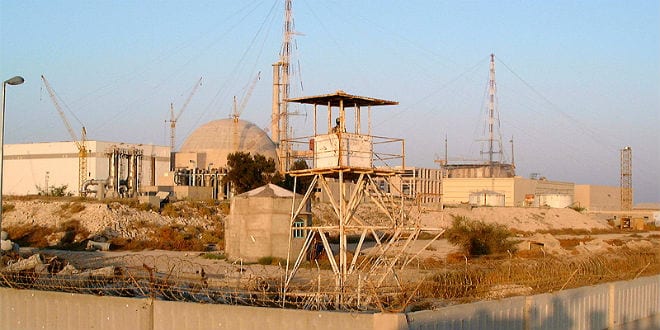 President Donald Trump, who as a candidate promised that he would “rip up” the Iran nuclear agreement, confirmed that Iran is complying with the deal, However, this decision came at the eleventh hour and the certification of the deal was nearly denied, according to the New York Times.

The decision to renew the agreement came after a significant delay and discussion. The President was reportedly reluctant to recertify the deal, and it seemed that approval would not be granted. The administration is required, according to the 2015 Corker-Cardin Act, to certify that Iran is meeting certain provisions every 90 days.

Although the Trump Administration gave its certification in April, it hinted at possible decertification in the future because of Iran’s non-nuclear activities such as funding terrorism and accumulation of ballistic missiles.

The Iran deal, known as the Joint Comprehensive Plan of Action, requires Iran to limit its stockpile of low-enriched uranium and allow inspectors into their nuclear sites in return for the release of funds in foreign banks which had been frozen due to sanctions. The agreement has to be recertified every 90 days to ensure compliance. Although Iran is passing inspections, it has used the unfrozen funds to send weapons to Syria and fund terrorist organizations, such as Hezbollah.

If President Trump had decided to decertify the Iran deal, there would have been a renegotiation of the deal in Congress and a discussion of how to re-impose sanctions. In addition, the U.S. would also have risked relations with allies who participated in the Iran nuclear agreement.

However, there are a number of members of the Trump Administration, including Secretary of State Rex Tillerson, who believe Iran has transgressed the spirit of the agreement, even though it seems in-line with requirements such as allowing inspections of facilities and keeping the production of enriched uranium below certain levels. According to one official, “the entire administration judge that Iran is unquestionably in default of the spirit of the agreement,” as reported by Ynet.

There is no doubt that the Trump Administration was ambivalent about re-certifying the Iran deal.

On Monday afternoon, it seemed that the Administration was going to refuse to re-certify the agreement. Talking points were sent and officials were briefed while the Treasury Department was prepared to discuss implementing new sanctions.

In addition, Trump called off Tillerson’s announcement to Congress that Iran was in compliance with the language of the deal. The determining factor, according to a very descriptive article by Eli Lake in Bloomberg, that kept the Trump Administration from making this move was the absence of an alternative plan, the lack of preparation for this scenario in Congress and the strained relationship with foreign allies who participated in the agreement.

The Administration is struggling with the requirement to certify the deal every 90 days if Iran seems to be complying with the limit on nuclear-related activity it strives to find ways to punish Iran for its non-nuclear activities related to funding terrorism. The White House informed outside experts that it would penalize over a dozen organizations and individuals for their involvement in nefarious activity. In addition, the Treasury Department was called on to review the proposal to sell civilian airliners from Boeing to a major Iranian airline. It is thought that Iran transports weapons to Syria and other areas through its civilian air fleet.

Iranian officials have also expressed, in return, the sentiment that the U.S. is also not complying with the spirit of the deal and may rationalize their non-compliance.

Iran’s foreign minister Javad Zarif told CNN that he considers sanctions related to non-nuclear activity to be violations of the agreement. Zarif mentioned Trump’s speech at the G-20 conference during which the President discouraged investment in Iran as an example of how the U.S. is breaching the spirit of the deal. These statements from Zarif warrant careful attention, because they may be used to justify backsliding on Iran’s part.