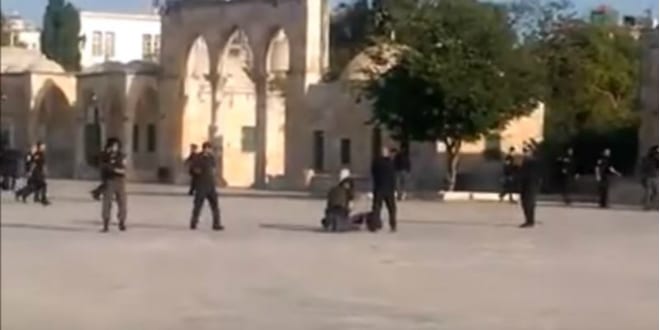 The world’s reaction was mixed after three armed Palestinians murdered two Druze Israeli policemen on the Temple Mount on Friday, with some countries and leaders decrying the violence while others chose to condemn Israel for closing the compound as a security measure.

The Secretary-General of the United Nations Antonio Guterres warned that Israel and the Palestinians should refrain from further violence, while praising the PA President for condemning the attack.

“All must act responsibly to avoid escalation,” he said in a statement delivered by his spokesperson. “The thoughts and prayers of the Secretary-General are with the families of the victims, and he wishes a speedy recovery to the injured.”

The White House issued a statement in full support of Israel.

“The people of the United States strongly condemns the terror attack,” the White House statement said. “There must be zero tolerance for terrorism. It is incompatible for achieving peace and we must condemn it in the strongest terms, defeat it and eradicate it. The attack forced the government of Israel to temporarily close the Temple Mount/Haram al Sharif to conduct its investigation.”

The European Union (EU) also condemned the attack, noting that it profaned the holy site.

“The fatal terror attack launched against Israeli police officers at the Temple Mount/Haram-al-Sharif this morning is not only a crime against people on duty, but also a profanation of this holy site,” said a statement by the EU spokesman. “Jerusalem is a city sacred to three religions. The status quo at the Temple Mount/Haram al-Sharif must be preserved. The EU calls on all leaders to condemn violence and all acts of terrorism when they occur, and to work towards restoring the dignity and safety of this holy site.”

Hundreds protested on Saturday against Israel in the capitol, Amman, while the government of Jordan condemned Israel for shutting down the compound after the attack.

A protest was held outside outside the Israeli consulate in Istanbul on Friday  in which dozens of people waved Turkish and Palestinian flags and called Israel “cursed”.

On Saturday, Hamas called on Palestinians in Israel to attack Israelis in response to the closure of the holy site

Following the attack , the Temple Mount was closed and security forces searched the site to investigate whether the terrorists had received aid from inside the compound. It was the first time the compound had been closed since 1969. Prime Minister Benjamin Netanyahu instructed security forces to reopen the Temple Mount on Sunday with increased security measures. Metal detectors and security cameras are reportedly going to be installed.