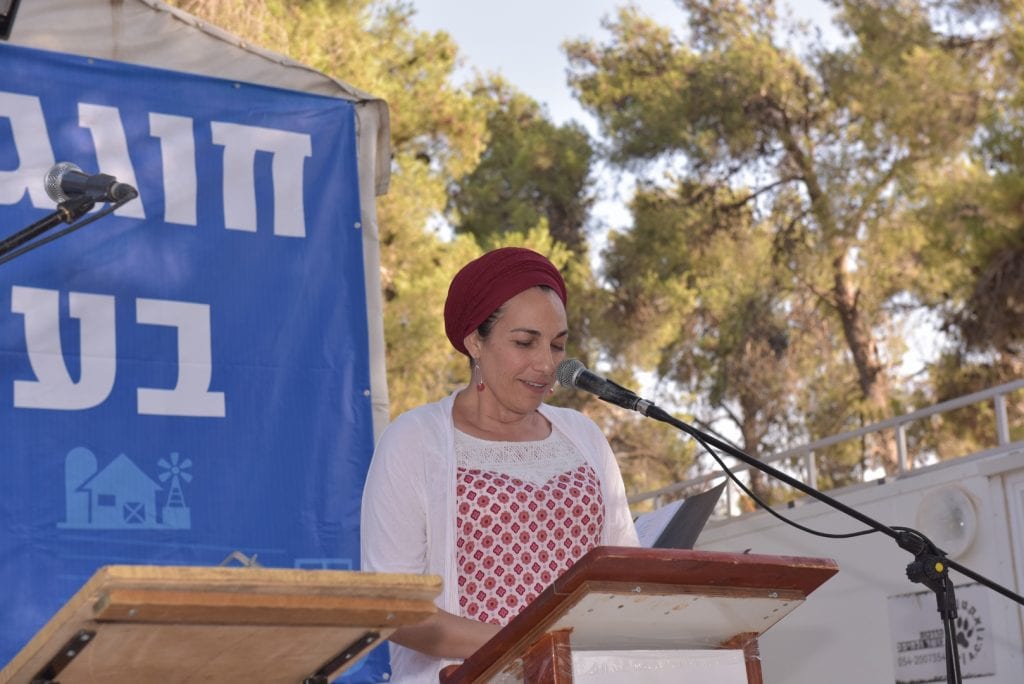 A large crowd gathered in Gush Etzion on Sunday to take part in a powerfully Jewish response to Palestinian violence: a nature reserve established in memory of three Jewish youth murdered three years ago.

On 12 June 2014, Naftali Frenkel (16), Gilad Shaer (16), and Eyal Yifrah (19) were hitchhiking home from school when they were kidnapped by Palestinians. The Israel Defense Forces (IDF) initiated Operation Brother’s Keeper, a massive effort to search for the boys. On June 30, their bodies were discovered and it was made clear they had been killed mere hours after being kidnapped. Their deaths, coupled with thousands of Hamas missiles fired from Gaza, sparked Operation Protective Edge, the 2014 Israeli military incursion into Gaza.

Just a few hours after the burial, activists from Women in Green, a grassroots organization dedicated to preserving the Land of Israel, staked out a small area in a neglected section of forest near where the boys were kidnapped in order to establish a nature reserve in their memory, naming the site Oz VeGaon (strength and pride). At the site they planted a pine forest, set up picnic tables with shade, a playground, camping site, and a visitors’ center with a movie which portrays the local youth building the park as a memorial.

The site is adjacent to Gush Etzion Junction, which has been the focus of hundreds of Palestinian terror attacks in this recent ongoing wave of terror. Three families live in caravans at the site, which is on state land.

Approximately 1,500 people attended the event commemorating three years since the murders. The gathering was organized by the World Zionist Organization (WZO), the Gush Etzion Regional Council, the Jewish National Fund (JNF), and Yehudit Katzover and Nadia Matar, two founders of the outpost. Members of the families were in attendance.

WZO’s Deputy Chair Yaakov Hagoel spoke to the crowd, emphasizing that in the days following the abduction, all of Israel came together in prayer for the boys.

“I very much hope that we will remember to unite as a people not only during hours of crisis,” Hagoel said. “This place was established as the Zionist response to murder and abduction. We, thank G-d, are not abductors nor murderers. We are builders and bringing up children here and this is our Zionist response.”

Uri Yifrach, Eyal’s father, was the last speaker to address the gathering.

“The story began not far from here, three years ago,” Yifrach said. “The story held all of us for 18 days of searching, searching ourselves, a searching that perhaps began to reveal to us why we are here and the meaning of this People in this Land. This People continued during a unique summer, into Operation Protective Edge, a meaningful summer, a summer that continued and taught us what all those around us want and where we are within this place; and this place, a few hundred meters from where the abduction took place became a place of building and growth, a true Zionist response”.

Uri read a passage that his son had written on Israel Independence Day:

“Go out, try, take a breath of air, grow, fall down, arise, fall again a thousand times, but know that if you fell a thousand times, it means that you still have the power to rise. This can be compared to what is happening today in Israel, on Memorial Day. The question arises: why do we need all of this sorrow, and the answer to this is actually the question – for what purpose, for the country, for the People of Israel, for life that we create when we rise after falling. A soldier is something universal. There is no such thing as a private student, a student who learns only for himself, rather, a student learns with his teacher for the eternity of the People of Israel”.