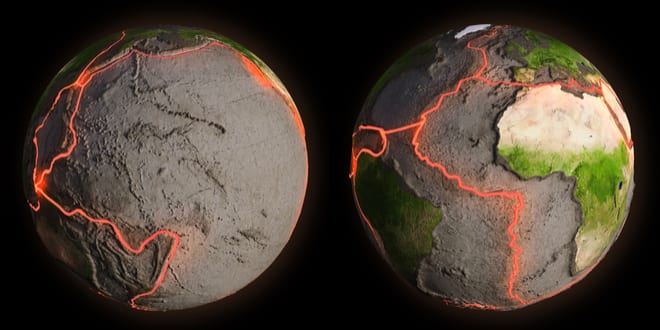 As the number of earthquakes which have hit Yellowstone Park in recent days climbs to 900, several other large “swarms” of quakes have mysteriously struck around the globe. While scientists reassure the public that the odds of a cataclysmic eruption are remote, the earth-shaking phenomena invariably evoke prophetic scenarios.

More than 900 earthquakes shook Yellowstone in the last two weeks, making this the most volatile single week for the last five years. Its caldera crater in Idaho is one of the most seismically active areas in the US, shaken by around 1,500-2,000 earthquakes per year. But the United States Geological Survey (USGS) assured the public that the rate of the tremors was slowing down, and did not raise the volcano alert level from its present ‘green’ status.

“This swarm is larger than the average swarm we record but this is a normal thing to happen in Yellowstone,” the USGSD said in a statement. “While increased seismic activity can signal a volcano is about to erupt, the latest earthquake swarm is no cause for concern.”

Apart from Yellowstone, more than two dozen earthquakes shook the Lake Tahoe region early Tuesday, with the largest tremor reaching a significant 4.0 on the Richter Scale.

On the other side of the world, more than 50 small tremors and two earthquakes larger than 4.0 on the Richter scale hit Northern Iceland. The USGS commented that while series of earthquakes “aren’t unusual”, in this case, “they were many and some of them large all at the same time.”

In addition, Japan was hit by at least five separate earthquakes this week ranging from magnitude 4.7 to 5.2. Japan is part of a seismically active region referred to as the Pacific Ring of Fire, an area prone to earthquakes. In 2011, Japan was hit by an earthquake-generated tsunami which killed 16,000 people and caused meltdowns at several nuclear power-plants.

This type of cataclysmic seismic activity is mentioned specifically by the prophets as an aspect of God’s anger and a part of the End-of-Days process.

Ezekiel specifies that earthquakes will accompany the final battle of Gog and Magog.

This is what will happen in that day: When Gog attacks the land of Israel, my hot anger will be aroused, declares the Sovereign LORD. In my zeal and fiery wrath I declare that at that time there shall be a great earthquake in the land of Israel. The fish in the sea, the birds in the sky, the beasts of the field, every creature that moves along the ground, and all the people on the face of the earth will tremble at my presence. The mountains will be overturned, the cliffs will crumble and every wall will fall to the ground. Ezekiel 38:18-20

The prophet describes this catastrophic period as a process to purify the inhabitants of earth for the Messianic period to follow.

Yellowstone is especially worrisome, since it is listed as a geologic hotspot that could one day cause a global threatening disaster. Experts estimate that a Yellowstone eruption today would kill 87,000 people immediately, covering the entire US and Southern Canada with a layer of ash and possibly affecting the world climate.

The USGS says the current risk of an eruption at Yellowstone is one in 730,000. They further reassured that if it were to erupt, the eruption would probably be fairly inconsequential.

Nonetheless, there is reason for concern. Yellowstone has had three major eruptions measuring 8 or more on the Richter Scale: 2.1 million years ago, 1.2 million years ago and 640,000 years ago. These eruptions were consequential indeed, with the last one being approximately 2,500 times more powerful than the devastating eruption at Mount St Helens in Washington State in 1980.