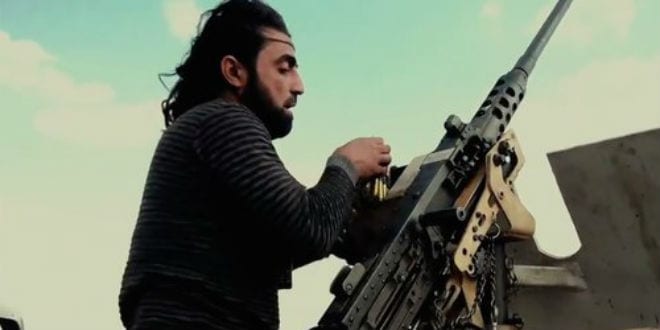 A leading member of Syria’s political opposition said most Syrians view Iran as the real enemy and not Israel, adding that Israel could do more to help the Syrian people.

“We want peace with Israel, and today, among the opposition in Syria, most people understand that the enemy is Iran and not Israel, so there is a good chance that there will be peace in the future,” said Salim Hudaifa, a former Syrian military officer who serves as a political representative of the opposition’s Free Syrian Army, at the Eurasian Media Forum in Kazakhstan.

Hudaifa is a former intelligence officer who abandoned Syria’s military in the 1990s and eventually gained asylum in Denmark. During the Syrian Civil War, Hudaifa was recruited by the U.S. to head a program to train the Free Syrian Army, but the program was eventually abandoned by the U.S. Defense Department.

“Israel needs to do more and help the rebels. People here are disappointed [with Israel]. There are also quite a few who think that [the Israelis] are helping [Syrian President Bashar] Assad, because they see that the Israeli-Syrian border is quiet,” Hudaifa said during a forum attended by Israeli dignitaries such as Gilead Sher, the Jewish state’s former chief peace negotiator.

“I think [Israel] can be more proactive and help us,” added Hudaifa. “Regarding the treatment of the wounded in your hospitals, it certainly improved Israel’s image in the eyes of Syrians, but only in a limited way. The reason is that the Arab media does not report it.”

While Israel has largely refrained from getting involved in the six-year-long civil war, it has periodically carried out airstrikes in Syria when its interests are threatened. These strikes have mainly been against the Lebanese terror group Hezbollah, which is significantly involved in supporting Assad’s regime in the conflict.