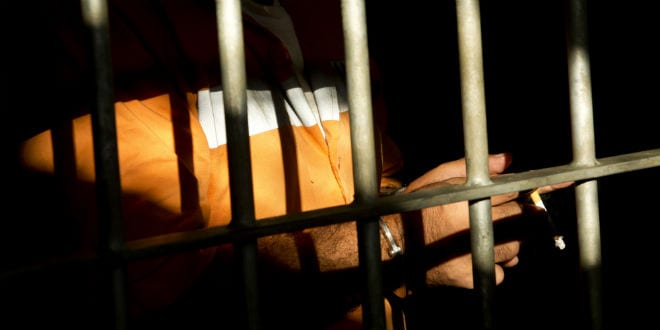 In what appears to be a violation of the International Red Cross (ICRC) charter, the Palestinian Authority (PA) is using the humanitarian organization to aid in the process of paying money to incarcerated terrorists.

According to Palestinian Authority law, all Palestinians arrested for security offenses, which includes those who committed terror attacks, receive a PA salary from the date of arrest until the day of release. These salaries increase according to the amount of time the terrorist remains in prison and range from $400  to $4,000 per month.

Israeli Prime Minister Benjamin Netanyahu has stated that these payments encourage violence and are a major obstacle to renewed negotiations.

A special report by Palestinian Media Watch, a non-governmental (NGO), media watchdog group, released a special report stating that the PA is using the IRC as an intermediary to facilitate the processing that sends funds to terrorists sitting in Israeli jails. Israel claims that by doing so, the PA is promoting terrorism and creating an obstacle to negotiations.

In order to begin these payments, the terrorist must fill out a form and sign it, denoting who will receive the payments. Serving as a legal statement granting power of attorney, the process of disbursing funds cannot begin until this form is signed. The ICRC has been delivering these forms to the prisoners and returning them to the PA.

This appears to be in violation  of the ICRC charter which limits its activities to humanitarian work. The Director of PMW‘s Legal Department notified the ICRC and asked for their response. The ICRC replied:

“The provisions of the present [Geneva] Convention constitute no obstacle to the humanitarian activities which the International Committee of the Red Cross or any other impartial humanitarian organization may, subject to the consent of the Parties to the conflict concerned, undertake for the protection of civilian persons and for their relief.”

The ICRC is stating that the handling of forms and being involved in the process of disbursing funds to the imprisoned terrorists falls under the heading of humanitarian activities.
If it is not considered a hmanitarian activity, it would fall outside the convention and would require the approval of the Israeli government. PMW has notified the Prime Minister’s office and is awaiting a response.