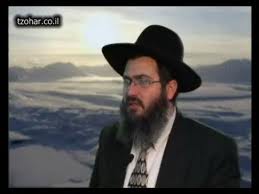 At the stroke of midnight on Wednesday, some 13,000 people will connect via internet in yet another attempt to cast a curse on President Donald Trump, this time on the summer solstice. Though spell-casting may seem too absurd to be taken seriously, a rabbinic authority maintains that the ‘witches’ are tapping into Satanism, a disturbing theology making a strong comeback today in the guise of atheism.

The witches are a motley collection with a mixed bag of rituals and beliefs, incorporating the arcane and the religious. The solstice curse calls for colored candles, Tarot cards, and chanting, but also allows for using Cheetos and religious amulets. As irreverent as this may seem, Rabbi Daniel Asore, who investigates the threat Satanism poses today as a member of the nascent Sanhedrin, believes the connection between witchcraft and politics is more relevant – and dangerous – than ever.

“Witchcraft, or its real name, Satanism, is explicitly a power struggle, which is why it is so readily dragged into politics. Satanism, in its essence, pits the adversary against God,” Rabbi Asore explained to Breaking Israel News. “Though this power struggle has been brewing all through history, today, when we are so close to Moshiach (Messiah), the role it is playing in politics could not be more clear.

“The politicians who believe that man can control all aspects of the world are coming from a belief system based in Satanism, whether knowingly or not.”

Rabbi Asore explained how arcane Satanism and modern materialist atheism are surprisingly similar. In both belief systems, nature, not a deity, is the supreme power. There is no God who created or stands above nature, and with no divine spark, man is simply another animal.

“Atheists, like all Satanists, see themselves as the ultimate authority, independent of any higher rule, so morality becomes entirely subjective,” he told Breaking Israel News. “Since the ‘self’ is the center of the universe, they are anarchists, believe in limiting the world population through war, abortion, and non-productive relationships. Nature has usurped God’s eternal aspect, so the individual is the ‘all’.”

The conflict between Satanism and religion over the eternal has an end-of-days implication. Satanists reject the possibility of Messiah and do not believe in a future redemption. Rather, they believe nature itself is infinite, and as such, there was no creation and there will be no Messiah.

Rabbi Asore noted that the rejection of the Bible is common to both atheists and Satanists as a basic tenet, though atheistic Satanism does not believe that Satan actually exists, and they do not worship him. Atheistic Satanism believes each person is his or her own God, and that people should worship themselves. To them, Satan is a symbol of rebellion rather than a literal figure.

“Satanists believe that the Jews created the Bible as a conspiracy to control the consciousness of society,” the rabbi concluded. “Any religion that accepts the Bible as divine, as God teaching man the way the world should be according to the divine will, as a way to transcend nature, is pitted against Satanists and atheists.”