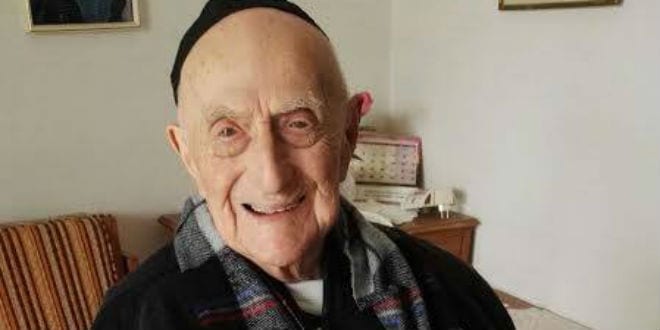 Immortality may be a long way off, but for men it may be about to become a little bit closer.

Researchers at the University of Haifa have discovered a genetic mutation on a growth hormone receptor that could add as much as a decade to life-expectancy for males.

“We knew in the past that genetic paths related to growth hormone are connected to longevity and now we have discovered a specific mutation that is directly involved [in longevity],” said Prof. Gil Atzmon, who runs Haifa University’s aging and longevity lab and was the lead researcher on the study.

The study, published in the journal Science Advances, looked at data from Ashkenazi Jewish centenarians at Albert Einstein College of Medicine in New York and then compared the findings with three other centenarian populations from France and the United States.

The researchers found that in all of the centenarian groups studied, a deletion of the growth hormone receptor Exon 3 was not only a marker of exceptional longevity, but it also made them taller.

The mutation was found at a rate about three times higher among the centenarians than in the control group of 70-year-olds, but only among men.

In nature, explains Atzmon, smaller species usually enjoy longer life-expectancy than large ones – for example ponies generally outlive horses and small dogs generally outlive larger ones. But in the study group those with the mutation received less growth hormone, yet grew taller by about three centimeters and lived longer by about 10 years on average.

While Atzmon says that clearly the mutation is not the only factor responsible for longevity among the centenarians, its presence was an almost certain marker for longevity.

“Now our goal is to fully understand the mechanisms of the mutation and enable life extension while maintaining quality of life,” says Atzmon.