Scientists Discover the Bloody Fountain of Youth, But Does it Threaten Messiah?

Home » Scientists Discover the Bloody Fountain of Youth, But Does it Threaten Messiah? 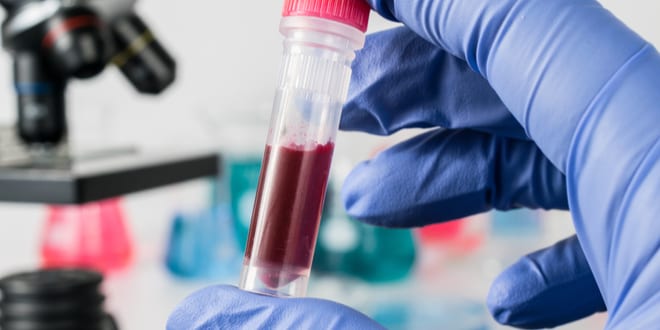 A new treatment involving transfusing the blood of young donors into older recipients is being lauded not only as a cure for disease but also as a possible treatment for reversing the effects of aging. But the unusual treatment, which evokes Biblical villains and dredges up medieval nightmares, has rabbis divided: is this a blessing or is it a curse?

Ambrosia, a biomedical startup in California, is running trials on a treatment that could help people suffering from heart disease, Alzheimer’s, and certain forms of cancer. The treatment is based on a theory called parabiosis, which involves transfusing young blood from donors aged 16-25 into recipients 35 and older. The current version of the treatment involves transfusions of plasma, the liquid part of blood that doesn’t contain any cells, from young people.

Since plasma cannot be patented, drug companies are not interested in this treatment and are not willing to fund the research. As a result, the human trials are expensive, with participants paying $8,000 per treatment.

Ambrosia claims they are running the trial at cost, with two liters of plasma costing $1,000 and the following evaluation of biomarkers in the blood of the recipient costing another $3,000. Nonetheless, the price tag places rejuvenation in the realm of the wealthy, hinting strongly at old archetypes.

One graphic case of the elite using the blood of the oppressed is in the Talmud, which describes Pharaoh bathing in the waters of the Nile, red with the blood of murdered Jewish infants, in order to cure his leprosy.

The subject of blood is central in Judaism, and the laws of kashrut (dietary laws) forbid the consumption of blood, requiring that it be covered after slaughtering of the animal.

Only be steadfast in not eating the blood; for the blood is the life; and thou shalt not eat the life with the flesh. Deuteronomy 12:23

The process Ambrosia is attempting, taking blood from the young, raises uncomfortable associations in the Jewish psyche. During the Middle Ages, Jews were often accused of spurious blood libels by their gentile neighbors, who charged them with murdering Christian children to use their blood for baking matzah (unleavened bread) for the Passover holiday. The first recorded blood libel was in England in the 12th century and the accusation was officially adopted by Pope Innocent IV in the 13th century, leading to centuries of baseless animosity between Jews and Christians.

The possibility of youth-for-sale raises moral concerns and law does not permit Ambrosia to directly hire the young donors. Ambrosia purchases its supply of young blood from donor facilities. With eternal youth on the table, a market could quickly appear, as it has for organs for transplant. Today, kidneys sell for as much as $150,000 on the black market. Currently, there is little demand for plasma and donors earn about $200 per month. If plasma is discovered to be the fountain of youth and a black market among the wealthy develops, this number may soar.

Rabbi Yosef Berger, rabbi of King David’s Tomb on Mount Zion, was cautious about the spiritual implications of the procedure.

“If the intention is to prolong or save lives, it is indeed a blessed endeavor,” he told Breaking Israel News. “But if it is an attempt to usurp the place of God, to remove death from the world, that is like the generation that built the Tower of Babel in order to take the place of God in heaven.

Rabbi Moshe Avraham Halperin from the Science and Technology Torah Law Institute, which investigates modern technology within a religious Jewish framework, was unfazed by the vampiric appearance of the treatment.

“This is not at all similar to Pharaoh, who murdered the Jewish children out of his hatred of the Jews and our God,” he told Breaking Israel News. “There is no problem with this treatment in Jewish law, since it is a cure and can prolong life. Prolonging life and rejuvenation is a blessed thing. The only thing forbidden in biology is to create a new life form.”

“Selling organs may become problematic, but here we are talking about plasma, which is renewable,” said Rabbi Halperin. “There should be systems created to make this available to the poor as well.”