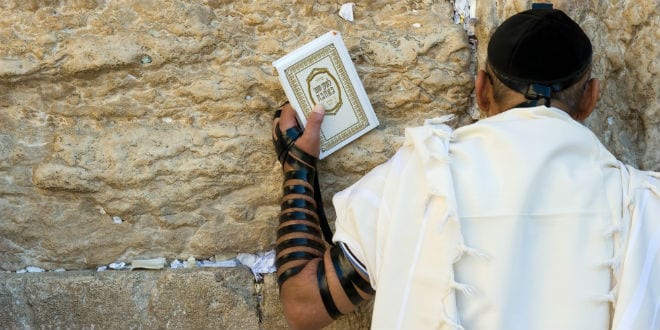 In another egregious step towards claiming the whole of Jerusalem for the Muslim world, two Arab leaders said on Friday that the Western Wall, or Kotel, belongs exclusively to the Muslims.

“It is an Islamic endowment that absolutely cannot belong to non-Muslims,” Mahmoud Habash, a Palestinian Authority Fatah official and President Mahmoud Abbas’s religious affairs advisor, declared during a sermon. “It is our property and endowment. It is impossible to concede one millimeter of it.”

Sheikh Ikarma Sabri, imam of the Al Aqsa Mosque on the Temple Mount, echoed his words on Friday, claiming the Western Wall as part of the Islamic Waqf that controls the Mount.

Repeating the ludicrous Arab idea that Islam’s claim to Jerusalem predated that of Judaism, Sabri said that Israel was attempting to “convince the world” to “create” its right to sovereignty in Jerusalem.

Both statements were likely a desperate attempt to walk back the damaging assertion of senior Fatah official Jabril Rajoub, who said last week on Israeli television that in terms of a peace deal splitting Jerusalem, the Western Wall “must be under Jewish sovereignty.”

“We have no argument about that. This is a Jewish holy place,” he said in the Hebrew-language interview.

However, he quickly retreated from this statement after drawing fury from Hamas, who accused the Palestinian Authority of “liquidating the Palestinian cause” and “conceding its national and religious properties.”

Rajoub attempted to convince Palestinian media that he had said the words “Jewish supervision”, not “Jewish sovereignty”, although there is video footage of his original statement.

The Western Wall is the last remaining remnant of the Temple complex, and is cherished by Jews as one of the holiest sites in the world, after the Temple Mount itself. It has been completely under Israeli and Jewish control since the reunification of Jerusalem in 1967, and is a popular tourist site not only for Jewish pilgrims but people of all faiths.

Unlike the Temple Mount, which is controlled by the Islamic Jordanian Waqf, the Western Wall is safe, welcoming and open to all. The Mount, by contrast, is restricted to Muslims, with short visiting hours for certain quotas of non-Muslim tourists, none of whom are permitted to offer a prayer on the site.

It is also often dangerous. Despite dozens of security officers constantly patrolling the Mount, anti-Israel riots occasionally break out among Arab visitors, and Jewish and Christian tourists are often physically and verbally assaulted. Last month, Jordanian police themselves actually attacked Jewish visitors, leading to their arrest by Israeli security forces.