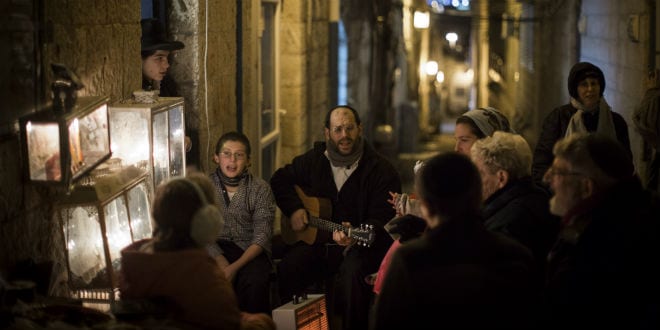 The Ministry of Religious Services is launching its “Jewish Homes” program, which will pay religious couples to host secular Jews in their homes for Shabbat meals and religious activities, Ha’aretz reported Thursday. Government funds will be directed to participation in the maintenance expenses of religious Jewish homes, as well as to fund activities that will be held there: lectures, holiday meals and group studies. The target population to be hosted by program participants are Jews ages 18 to 50 who did not graduate from a religious school.

The hosts will be paid for teaching subjects in pairs (Chavruta) and in groups of up to six people, for giving cultural performances and for offering “festive meal that takes place during the Sabbath or holiday,” provided each event lasts at least three hours.

The organizational framework of the homes will be associations, which must show that they are already running similar, Jewish identity-type activities in private homes over the past two years, with a budget of at least $25,000.

The legal department of the Reform Movement this week sent a harsh letter to the Ministry of Religious Services demanding that the program be shelved. “For the first time, we are talking about financial support that includes covering the expenses of maintaining private homes for those who use their homes to ‘show the light’ to the secular, by way of a Shabbat meal or a holiday which they already conduct,” wrote attorney Riki Shapira-Rosenberg, warning that the plan is likely to invite wide corruption, since it blurs the distinction between private and public activities, essentially eliminating any professional supervision of how the funds are distributed and used.

The Secular Forum issued a statement saying the program “proves once again how the state regards the secular public and how it seeks to re-educate it, emphasizing the asymmetry between secular and religious Jews, because it is clear that hospitality will always be one-sided. This is so outlandish and unjust that it brutally tramples any possibility of creating a shared and egalitarian life based on mutual respect.”

Ministry of Religious Services officials told Ha’aretz that “the support project for Jewish Homes is in the preliminary stage of inviting public comments.” As such, the officials suggested groups who voice their criticism at this stage may not have the best motives.