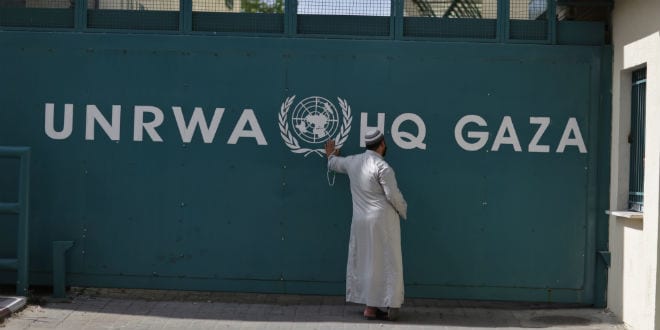 The United Nations Relief and Works Agency (UNRWA) announced on Friday that on June 1, its workers discovered two Hamas terror tunnels underneath schools the organization runs in Gaza. The schools are located in the Maghazi refugee camp in the Gaza Strip near the city of Deir al-Balah.

“It is unacceptable that students and staff are placed at risk in such a way,” the UN organization said in a statement. “The construction and presence of tunnels under UN premises are incompatible with the respect of privileges and immunities owed to the United Nations under applicable international law, which provides that UN premises shall be inviolable. The sanctity and neutrality of UN premises must be preserved at all times.”

“It’s clear as day that the entire Arab world has realized that the Hamas terror organization is the one ruining Gaza and destroying Gazans’ chance for a better future,” he wrote in a statement. “Perhaps the time has come for the residents of Gaza to realize this for themselves.”

Israel’s Ambassador to the United Nations Danny Danon submitted a letter of protest over this incident to UN Secretary-General Antonio Guterres and the UN Security Council.

“The latest finding verifies once again that Hamas’s cruelty knows no limits, including endangering centers of learning and education, and using children as human shields,” Danon wrote.

“I call on the Security Council to strongly and unequivocally condemn Hamas and its repeated abuse of civilian infrastructure, and designate this group as a terrorist organization,” Danon continued. “It is of the utmost importance that the Council ensures that all UN-affiliated agencies, and especially UNRWA, remain neutral and safeguarded from abuse by terrorist organizations.”

Hamas denied the allegations in a statement on Friday, and “strongly condemned” the UNRWA revelation, saying it would be exploited by Israel to “justify its crimes”.

Israel has claimed many times in the past that UNRWA and other UN organizations aid Hamas. An independent UN inquiry in 2015 concluded Hamas operatives stored weapons in three UN-run schools in Gaza and that in at least two incidents terrorists “probably” fired rockets at Israel from the facilities during the war in 2014.