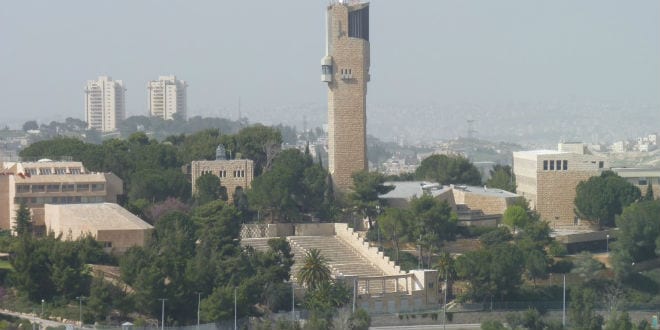 The Hebrew University of Jerusalem has maintained its #1 position in Israel in the new 2018 QS World University Rankings, rising 3 spots from 148th last year to 145th globally today.

Of the 7 institutions evaluated within Israel, the Hebrew University was ranked first for Academic Reputation and first in Overall Score.

Prof. Menahem Ben-Sasson, President of the Hebrew University of Jerusalem, said in a statement: “This ranking is a well-deserved recognition of the Hebrew University’s international leadership in academics and research. In recent years the university’s administration has made intense efforts to attract the best students, teachers and researchers, and to equip them with the best tools to succeed. In turn, our faculty and students have made world-class contributions in diverse fields, ranging from the arts and humanities to the basic and applied sciences.”

First compiled in 2004, the QS World University Rankings rate the world’s best-performing institutions of higher education. To compile the 2018 rankings, QS analyzed more than 75 million citations from more than 12 million papers, and 115,000 survey responses from employers and academics, and considered more than 4,000 universities before evaluating 980 of them.

The world’s top 10 universities, according to QS, are:

With the Hebrew University in 145th place, this is how it compares with other universities in the region, outside Israel.