Is New Scientific Trial to Revive the Dead a Threat to God’s Final Resurrection of Believers?

Home » Is New Scientific Trial to Revive the Dead a Threat to God’s Final Resurrection of Believers? 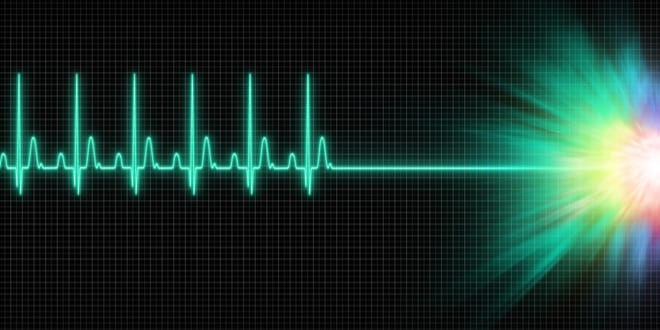 A biomedical company is set to begin experiments using stem cells to revive brain dead patients in a manner that troubles theologians, who question whether this attempt to preempt the Messianic resurrection of the dead should be permitted. One prominent rabbi takes it even further, pointing out the clear and obvious flaw that destines the project to failure.

Bioquark, a biomedical startup based in Philadelphia, recently announced that they will begin experiments later this year on patients who have been declared clinically brain dead. The trial will involve a multi-pronged approach, involving injecting stem cells and peptides into the spinal cords, electrical nerve stimulation, and laser therapy. The researchers hope this will grow new neurons and spur them to connect to each other, bringing the brain back to life.

If they succeed, they will be violating a sacred Biblical tenet, Rabbi Moshe Avraham Halperin from the Science and Technology Torah Law Institute, which investigates modern technology within a religious Jewish framework, told Breaking Israel News.

“If they are able to revive a person from total brain death, it will be considered techiyat hamaytim (resurrection of the dead),” said Rabbi Halperin. “Torah law puts limits on man, forbidding him from some areas which are strictly divine. Reviving the dead is one of them.”

The study is not only problematic for theologians. It raises many issues in medical ethics. A similar experiment led by Bioquark in India in 2016 was not cleared by India’s Drug Controller General. Amar Jesani, editor of the Indian Journal of Medical Ethics in Mumbai, cautioned that even partial success would traumatize families that had come to terms with a situation they believed irreversible. In point of fact, no families permitted their loved ones to be part of the experiment.

Bioquark plans to try again later this year in an undisclosed location in Latin America. If successful, the experiment would be a medical breakthrough bordering on a miracle. A survey  published in 2010 that described cases covering 13 years found that there has never been a single case of a person regaining brain function after all the criteria determining full brain death have been met.

“This is like using genetics to create a new form of life,” said Rabbi Halperin. “There are realms that are strictly divine. Resurrection of the dead is clearly possible. It is definitely going to happen after the Messiah, but it restricted to God.”

Rabbi Yosef Berger,rabbi of King David’s Tomb on Mount Zion in Jerusalem, stated that not only was the experiment forbidden, but it had no chance of success. He cited the 13 Principles of Faith established by Rabbi Moses ben Maimon, the prominent 12th century Torah authority known by the acronym Rambam. The last of his principles states, “I believe by complete faith that there will be a resurrection of the dead at the time that will be pleasing before the Creator.”

“The Rambam states that we must believe that the resurrection of the dead will happen when it is God’s will for it to take place and at no other time,” Rabbi Berger stressed to Breaking Israel News. “Not only does this effort by scientists go against this principle of faith, but we know that true resurrection can only happen by Divine will.

“Resurrection of the dead is described in depth, and it is proof of God’s rule over the physical world. But it is also stated that before the Messiah, there is no return from the grave.”

He added that the phenomenon of death will vanish after the resurrection of the dead, citing the book of Daniel.

And many of them that sleep in the dust of the earth shall awake, some to everlasting life, and some to reproaches and everlasting abhorrence. Daniel 12:2

“The scientists believe they are masters over life and death,” said Rabbi Berger. “Just as they cannot create eternal life, they will find that they are not masters over death. For that, there is only One.”