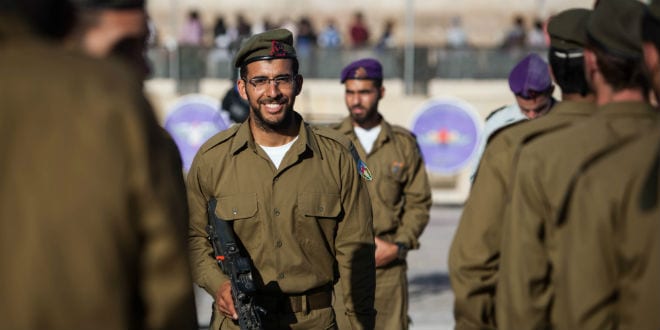 In a move that lovers of the Holy Land applaud, the Israel Defense Force (IDF) Chief of Staff Gadi Eizenkot, in honor of the 50th anniversary of the Six-Day War, has instructed the IDF to only refer to Jerusalem as the “unified” city rather than “liberated” or “occupied” city.

Additionally, IDF Radio Commander Yaron Dekel ordered his staff to refrain from using the term “West Bank” on air, a term used to describe land returned during the war, as it is a term “adopted by Palestinians and the Left.”

“As we celebrate the miraculous feat of Israel’s fighters during the Six-Day War, it is a refreshing sign that leaders are taking initiative to correct a historical flaw, the use of derogatory terms for parts of the Land of Israel,” Dr. John A.I. Grossman, Chairman of LIBI USA, the official welfare fund of the IDF, told Breaking Israel News.

The Biblical terms for the “West Bank” are Judea and Samaria. These areas include Jerusalem, Shiloh, Beit El, and Hebron. Eizenkot hopes that by cracking down on terminology, the IDF will be able to sidestep politically charged terms during the army’s Jubilee ceremonies. These events include celebrating the liberation of eastern Jerusalem, Judea, and Samaria from the illegal Jordanian occupation that began in 1948 through the Six-Day War.

Veteran journalist Yaron Deckel, who has served as the IDF station commander since 2012 and is credited with moving IDF radio from leaning politically left towards the right, ordered his broadcasters to use the word “territories” (“shtachim”) to describe West Bank, though many believe that this is still a politically charged term. However, the Jewish Orthodox news outlet Kikar HaShabbat reported that the army does generally use “Judea and Samaria” and not the “West Bank” or “territories”.

“West Bank” refers to land located west of the Jordan River, which was returned to the hands of the Jewish state during the Six-Day War. The international community, including the vast majority of journalists, generally use the term “West Bank”, in part to disconnect the Land of Israel from the Bible.

“Words have power and create a reality,” continued Grossman. “Choosing the most accurate terms for the Land of Israel can only clarify the Biblical and Jewish connection to the land as well as strengthen our army.”