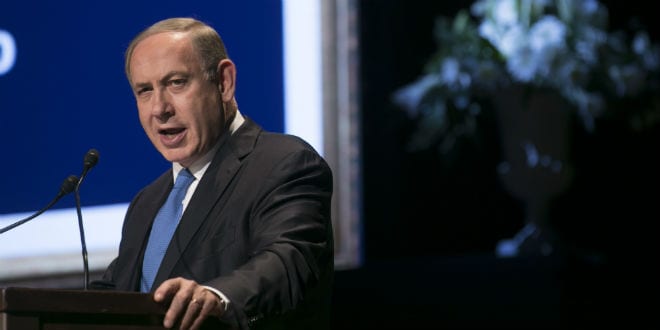 Prominent Jewish groups and Israeli officials expressed anger and disappointment over President Donald Trump’s decision to sign a six-month waiver of the Jerusalem Embassy Act, a move which directly contradicts the president’s campaign promises to immediately move the US embassy to Jerusalem.

Education Minister and Jewish Home Party Chairman Naftali Bennett said, “There is no peace based on the division of Jerusalem. Delaying the US embassy move will in fact have the opposite effect and damage the prospect of a lasting peace by nurturing false expectations among the Palestinians regarding the division of Jerusalem, which will never happen.”

“Maintaining embassies outside the capital drives peace further away by helping keep alive the Palestinian fantasy that the Jewish people and the Jewish state have no connection to Jerusalem,” agreed Prime Minister Benjamin Netanyahu.

Trump’s inauguration rabbi Marvin Hier, who is the Dean and Founder of the Simon Weisenthal Center, a prestigious Jewish Human Rights NGO, said in a statement, “The Simon Wiesenthal Center is very disappointed by President Trump’s decision to delay transfer of the US Embassy to Jerusalem. We are certain that the Trump Administration is very well aware that no Israeli Prime Minister will ever cede sovereignty over Jerusalem. The city is and will remain the undivided capital of Israel.”

The America-Israel Friendship League (AIFL) said it was “disappointed that there will be a delay in moving the American Embassy to Jerusalem.”

However, while admitting dismay with Trump’s decision, most of its critics said that they still had hope the president would make the move in the future.

“We note that the President’s aide emphasized that Mr. Trump still intends to make the move which would correct a historic US error -dating back to 1948—of refusing to recognize Israel’s sovereignty over its own capital,” said the Simon Weisenthal Center’s statement.

The AIFL threw its support behind the reaction of the prime minister, who said that while “Israel is disappointed that the embassy will not move at this time, we appreciate today’s expression of President Trump’s friendship to Israel and his commitment to moving the embassy in the future.”