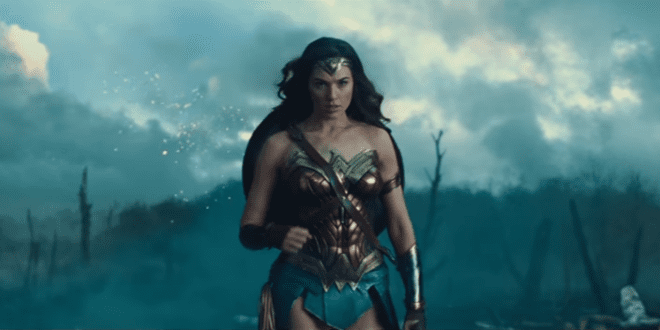 Superhero blockbuster film “Wonder Woman” has been banned in Lebanon because it stars an Israeli actress as its lead character.

Lebanon’s cinemas, which had heavily advertised the movie, were geared up for a big premiere on Wednesday night despite attempts by the Campaign to Boycott Supporters of Israel to have the film banned over Gal Gadot, the Israeli actress playing the comic book Amazonian warrior.

Prepare for battle.
Book your #WonderWoman tickets NOW and be the first to watch it: https://t.co/EvhFET3vAw https://t.co/gvDxc8SPb1

However, at the last minute, Lebanon’s Ministry of Economy and Trade approved the ban, reported Lebanon’s Grand Cinemas on social media.

#WonderWoman has been banned in #Lebanon.

While Lebanon routinely boycotts Israeli-made goods, the movie, apart from its lead, has nothing to do with Israel. However, Gadot, a true Israeli warrior herself, has been raising ire in Lebanon since 2016’s “Batman v Superman: Dawn of Justice”, which introduced the former IDF soldier as Wonder Woman.

The Campaign to Boycott Supporters of Israel had attempted to get that film banned as well on the grounds of Gadot’s minor role, but failed. The movie went on to become the year’s third-biggest box office hit in Lebanon.

Gal Gadot is Israel’s newest rising star, set to surpass supermodel Bar Rafaeli as the best-known celebrity from the Jewish state. Her beauty and poise won her the Miss Israel competition at age 18 before she enlisted in the IDF as a combat soldier.

Lebanese movie-goers were disappointed by the ban. “I am Lebanese and I’m seeing ads for [Wonder Woman] everywhere in Beirut. Pretty much everyone of my friends want to see it. This is just a vocal minority [against it],” one user wrote on social media site Reddit, the BBC reported.

‘Wonder Woman’, however, will be screened in a number of other Arab states in the region, including Qatar, Kuwait, United Arab Emirates, Oman, and Bahrain.