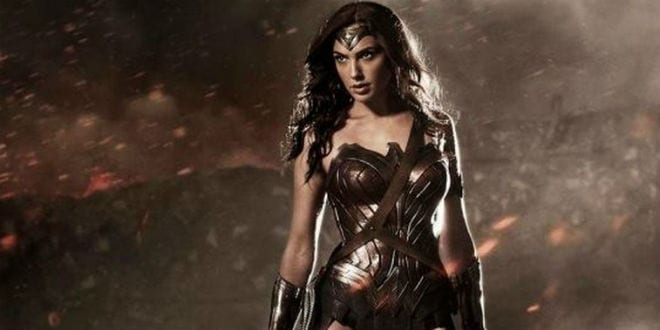 Gal Gadot, the star of the summer blockbuster ‘Wonder Woman’, is saving the world on-screen while making it difficult for those who hate Israel to boycott products from the Jewish State.

Gadot, a 32-year old married mother of two from Rosh Ha’ayin in the center of Israel, stars in the just-released movie based on the DC Comics female heroine, Wonder Woman. Joining the likes of actress Natalie Portman and supermodel Bar Rafaeli, Gadot has taken the world by storm.

Though the film is pure Hollywood and has nothing to do with Israel, it has been targeted by anti-Israel boycotts. YNet reported that in April, the Campaign to Boycott Supporters of Israel in Lebanon (CBSI) sent a letter to the Bureau for the Boycott of Israel within Lebanon’s Ministry of Economy and Trade calling for the government to block screening of the movie because of Gadot’s Israeli identity. The letter noted that the actress served in the IDF, compulsory for all Israeli citizens. The organization, which is part of the global Boycott Divestment Sanctions (BDS) movement, posted a call on social media and Facebook for the public to boycott the film. Screening of the movie in Lebanon is going forward as planned, though promoters urged the public to purchase tickets in advance.

This is the second time the organization has taken on the Israeli Wonder Woman and lost. In 2016, the Lebanese BDS organization called for a boycott of “Batman v. Superman: Dawn of Justice”, in which Gadot had a minor role. That boycott was unsuccessful and the film was screened as planned.

Gadot became the focus of anti-Israel sentiment when, during the 2014 war in Gaza, she posted a photo on her Facebook page of her and her daughter lighting Sabbath candles with the declaration:

“I am sending my love and prayers to my fellow Israeli citizens. Especially to all the boys and girls who are risking their lives protecting my country against the horrific acts conducted by Hamas, who are hiding like cowards behind women and children…We shall overcome!!! Shabbat Shalom! #weareright #freegazafromhamas #stopterror #coexistance #loveidf”

Already famous for her role in Fast and Furious, her post garnered 172,303 likes and 4,692 shares in two days. It also attracted 15,786 comments, many of them negative, some abusively so.

Gadot has not responded to criticism since she is busy promoting her new film. Following the Los Angeles release of the film, she appeared on the Tonight Show with Jimmy Fallon, where she charmed him with her small town graces. She also appeared on Conan O’Brien’s late night show, where she introduced him to some of the training techniques she used to prepare for her role in the action movie.

I cannot even express how incredible last night was. It has been such a pleasure working with this cast. Love you all so much #wonderwoman❤️ pic.twitter.com/pde58QVo7W

Gadot is certainly qualified for the role of Wonder Woman, due to her real-life blend of beauty and strength. After being crowned Miss Israel, she went on to serve in the IDF for two years as a combat trainer. That experience, couple with 12 years as a dancer helped prepare her to act in Hollywood action films. Her most recent role, bringing DC Comics Wonder Woman to the big screen,required six months of special training.