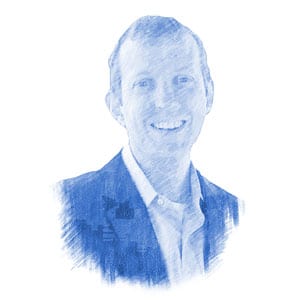 There are countless miracles to celebrate upon the occasion of the 50th anniversary of the reunification of Jerusalem. Perhaps surprising to many Israelis are the largely untold stories of heroic Christian support for Jewish Jerusalem over the past half-century. Reversing centuries of antisemitism, many Christians found theological meaning in the Six Day War and its aftermath, and began a course of sincere friendship toward Israel and the Jewish people, which can be considered a miracle in itself.

With the joyous festivities surrounding Jerusalem Day 2017, it is hard to imagine the terrifying fear that gripped Israel in May 1967. Israelis joked darkly, “Whoever the last one out of the country is, turn off the lights,” and indeed many were fleeing the 19-year-old Jewish state in anticipation of a disastrous Arab onslaught.

A young Christian couple, Georgina and Dr. G. Douglas Young, left Chicago in 1963 and established a small theological seminary in Jerusalem. When the fighting broke out, they chose to stay, casting their fate with the Jewish people and abandoned their Bible studies to assist the war effort in any way they could. Christian students served sandwiches to Israeli troops stationed outside their seminary on Hanevi’im Street, while others filled sandbags to protect the nearby Bikur Cholim Hospital.

Dr. Young decommissioned his ministry van to be used as an ambulance and personally drove IDF soldiers for medical treatment, putting himself in harm’s way during the dangerous shelling of the city.

After the war, the Youngs established Bridges for Peace, a pro-Israel Christian organization whose headquarters is still in Jerusalem today. Bridges for Peace honored their founder’s memory in 2014 with an appropriate tribute, by dedicating an ambulance to Magen David Adom. With branches all over the world, Bridges for Peace has organized hundreds of celebratory house parties around the globe, comprising thousands of Christian Zionists, to celebrate Jerusalem’s Jubilee this week.

Years later the dust from the Six Day War had settled, but the question of the status of Jerusalem as Israel’s capital had not. In the summer of 1980, the Knesset declared Jerusalem to be the undivided, eternal capital of the State of Israel, established as such by King David almost 3,000 years earlier. Immediately, the UN condemned Israel’s decision and pressured its member countries to move all their embassies to Tel Aviv. Within a short period, 13 embassies closed their offices in Jerusalem. In response, Christian representatives from all over the world united together and established the International Christian Embassy in Jerusalem (ICEJ). “Your decision,” remarked then prime minister Menachem Begin, “at a time when we were left alone by others because of our faith – was a bold act and a symbol of your closeness to us. Your gestures and your [acts] gave us the feeling that we are not alone.”

The ICEJ’s annual Feast of Tabernacles celebration has grown from several hundred pilgrims in the early 1980s to the largest annual tourist event in Israel, with more than 5,000 representatives arriving from over 90 countries each Succot.

Thanks to global Christian Zionist organizations such as Bridges for Peace and ICEJ, more and more non-Jews around the world have begun praying for the peace of Jerusalem. In recent decades, countless individuals have started to feel a similar calling to stand with Israel. In 2001, a high-tech entrepreneur from Hawaii sold her computer company within months of her first visit to Israel. In light of her faith, Donna Jollay attributed her success to Divine favor on account of her trip to Israel, according to Genesis 12:3, which states that God will bless those who bless Israel.

Since then, Jollay has been completely dedicated to Israel, visiting frequently. On a tour with Israel365, the organization I started, we retraced the footsteps of the IDF paratroopers who captured the Old City. On Mount Zion we read Isaiah 2, that in the end of days, “Gentiles will stream to Jerusalem… for from Zion shall come forth the Torah.” Inspired by this passage, Jollay decided to fund an online academy, the “Yeshiva for the Nations,” where non-Jews can study the Bible from Jewish scholars in Israel. The first of its kind, YeshivafortheNations.com has the potential of revolutionizing Christian support for Israel for the next 50 years, built on a solid educational foundation.

These examples of Christian support over the past half century can be appreciated in light of the ancient call for Jerusalem to be a spiritual center for both Jews and non-Jews alike. Visitors to the Western Wall are greeted by a large glass monument rising some five meters into the air at the foot of the ramp in the men’s courtyard. Etched into the transparent panes are the prayerful words of King Solomon upon his dedication of the First Temple, the “house of prayer for all nations,” on the same spot nearly 3,000 years ago:

“Also a Gentile who is not of Your people Israel, but will come from a distant land, for Your name’s sake – for they will hear of Your great name and Your mighty hand and Your outstretched arm – and they will come and pray toward this Temple, may You hear from heaven, the foundation of Your abode, and act according to all that the Gentile calls out to You” (I Kings 8:41-43).

Hundreds of Jewish and Christian Zionists will be rejoicing together this week in a special gala dinner to honor Jerusalem’s Jubilee year in the presence of Knesset members Michael Oren and Yehuda Glick. Bridges for Peace, Hayovel – another Christian organization dedicated to serving the people of Israel – and Israel365 will all be celebrating together. It is remarkable how so many non-Jews have indeed “come from distant lands” on account of what has transpired in Jerusalem over the past 50 years. Perhaps this is the greatest miracle of all.