At City of David, “Watching Jerusalem Rise From the Ashes”

Home » At City of David, “Watching Jerusalem Rise From the Ashes” 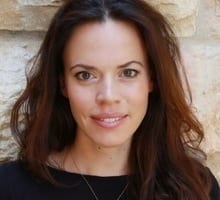 As the ancient City of David is uncovered by archaeologists, excavations are revealing not only the past but the city’s central role in prophecy. One woman, tasked with getting the word out about the site, will be a panelist at the Breaking Israel News Prophecy in the News Conference in order to  help the Biblical city reemerge and take its central role in Israel today.

Three years ago, AnaRina Heymann, Outreach Coordinator for the City of David, initiated the Jerusalem Watch project with the goal of creating awareness for ancient Biblical Jerusalem. As part of her job, she educates people about the ongoing archaeology uncovering the city’s Biblical past.

“The City of David is the place where it all began,” Heymann told Breaking Israel News. “Excavations at the City of David offer unequivocal proof of the Jewish heritage and over 3,000 years of presence in the land.”

This type of information, ancient and based in the Bible, is a major concern in reporting the current events. The work Heymann is doing stands in direct contradiction to the flood of disinformation trying to separate Israel from its Biblical capital. Fake news is one of the subjects that will be discussed by participants at the Prophecy in the News Conference in Jerusalem on June 5.

Heymann described archaeology as a process of “liberation”, freeing the ancient city.

“In our excavations, we are watching the ancient city rise again,” she said. “The city is being  liberated from her millennia-old prison through the archaeological excavations.”

Heymann noted that this is an auspicious time for the undertaking, for liberating Jerusalem from the sands of time.

“This is timely, since we are in the Jubilee year,” she said. “Liberation and freedom stands at the core of the concept of the Jubilee.”

And ye shall hallow the fiftieth year, and proclaim liberty throughout all the land unto all the inhabitants thereof: it shall be a jubilee unto you. Leviticus 25:10

She takes her cue from the Bible, explaining that archaeology is literally manifesting prophecy by uncovering the glory of the city.

Shake thyself from the dust; arise, and sit down, O Yerushalayim; Isaiah 52:2

As a result, she believes her job is an active part in the prophecy.

“I began Jerusalem Watch to connect people to the fact that Jerusalem is literally rising from the dust and ashes, just as Isaiah promised,” said Heymann. “When people connect to this, they are literally becoming a part of the tangible fulfillment of prophecy.”

Heymann’s connection to Jerusalem has made prophecy a daily part of her life.

“I really see the Bible and the Prophets as ancient principles that can help us in modern times,” Heymann said.

Heymann emphasized this as the universal connection between Jews and Christians.

“Prophecy in the Bible is the mutual overlap between Jews and Christians,” she said. “We can come together on this. Jerusalem is the connecting point.”

“Ancient Jerusalem’s rise stands at the core of the End-of-Days events. It is key that people not only learn about her true location – the best kept secret of our time – but also to realign with the city by understanding her past and  giving moral and tangible support in the present.”

Heymann explained that keeping the city whole, reconnecting the past with the present, is a Biblical mandate not to be ignored. Heymann cited Psalms to illustrate her point.

For my brethren and companions’ sakes, I will now say: ‘Peace be within thee.’ Psalms 122:8

“The word peace, shalom, is embedded in the name of Jerusalem,” Heymann said. “But the root of the word peace is shalem, completeness.”

To bring this about is a simple step: a change in attitude.

“What I think we need to bring these prophecies to the forefront, to actually make them happen, is a much stronger awakening,” Heymann said. “There needs to be a much deeper commitment to these dynamics.”

AnaRina Heymann will participate in the Prophecy in the News Conference hosted by Breaking Israel News in Jerusalem on June 5. To register for the free live feed, please click here.