Netanyahu: “All Embassies Should Be in Jerusalem”

Home » Netanyahu: “All Embassies Should Be in Jerusalem” 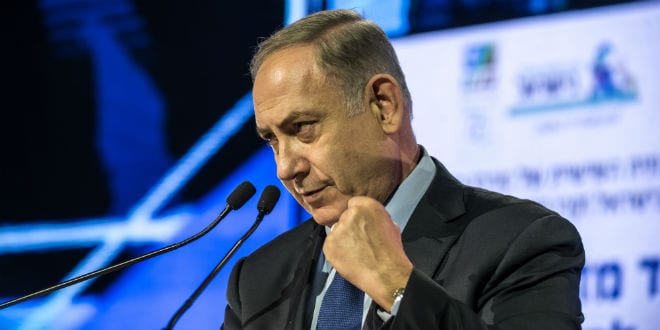 Jerusalem US Embassy in Israel

At a Likud party gathering Thursday evening, Israeli Prime Minister Benjamin Netanyahu said that moving the US Embassy to Jerusalem is not just a good thing, but should be an example to all the embassies in Israel.

“Jerusalem is the eternal capital of the Jewish people. It is the capital of the State of Israel. All the embassies, and especially the Embassy of our friend the United States, should move to Jerusalem. This is their natural place,” said Netanyahu at the event celebrating the upcoming 50th anniversary of the city’s unification in the Six-Day War later this month.

When US President Donald Trump arrives in Israel for his first official visit next month, the issue of the US Embassy will be foremost in everyone’s minds. Trump promised to move the US Embassy from Tel Aviv to Jerusalem as part of his campaign platform, drawing support from a large pro-Israel voter base including millions of Evangelicals and Christians.

He has yet to give the order actualizing this promise, leading to conjecture about whether he will stand by his word. His visit to Israel coincides with Jerusalem Day when Israel will be celebrating the 50th anniversary of the unification of Jerusalem in the Six-Day War, leading many to believe he will take the opportunity to dramatically announce the move.

Alternatively, Trump can give his tacit approval for the embassy move be refraining from signing a presidential waiver on the Jerusalem Embassy act when it crosses his desk one week after his visit to the city. In 1995, Congress voted in the Jerusalem Embassy Act, noting that Jerusalem is the capital of Israel and that the U.S. Embassy should be moved there from Tel Aviv no later than May 31, 1999.

The Act also included a stipulation allowing the President to issue a waiver every six months to keep the embassy in Tel Aviv if he determines such is necessary to protect the national security interests of the United States. Since the act passed Congress, every president has signed the waiver. The most recent waiver, signed by President Barack Obama in December in his final days of office, will terminate at the end of May. According to media reports, Trump is not expected to let it expire but will continue in his predecessors’ footsteps by extending the waiver and leaving the embassy in Tel Aviv.