A Tribute To Rabbi Benny Elon: Building Bridges With Christians for a Stronger Israel

Home » A Tribute To Rabbi Benny Elon: Building Bridges With Christians for a Stronger Israel 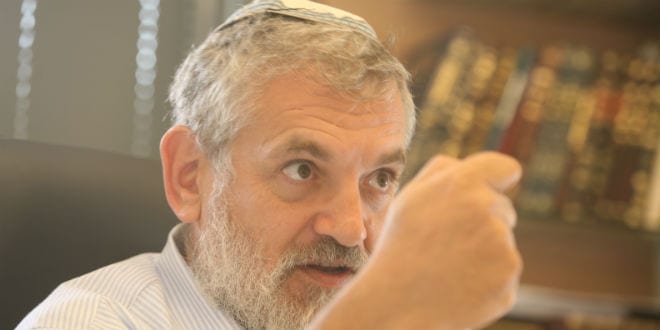 A brilliant Torah scholar, Rabbi Elon advocated establishing Biblical borders in Israel. He was known for being an uncompromising leader of the right wing movement in Israel, but the same motivations drove him to reach out to Christianity.

While a member of the Israeli Knesset, Rabbi Elon became the second chairman of the Knesset Christian Allies’ Caucus (KCAC), the primary channel for Christian leaders and organizations to formally engage with Israel’s elected officials. He also launched the Israel Allies Foundation (IAF), a global network of Christian parliamentarians who join together to coordinate their efforts in defense of Israel and to promote Judeo-Christian values. Today, the IAF has established sister caucuses in more than 30 parliaments around the world.

As Director of the KCAC, Josh Reinstein worked closely with Rabbi Elon in this endeavor.

“Rabbi Elon was a visionary in reaching out to Bible believing Christians,” Reinstein told Breaking Israel News. “He began as Minister of Tourism during the Second Intifada in 2001, when there were very few countries standing up for Israel. He saw that Christians from all around the world, regardless of their country, were our greatest allies. That is when he came up with the idea of faith-based diplomacy.”

“Rabbi Elon realized that countries who have a vested interest, political or economic, will abandon Israel, but Christians who have a strong belief in the Bible will always stand with us, regardless of national interests,” Reinstein said. He explained that Rabbi Elon came to believe in this connection through his deep understanding of the Torah.

“He saw that the Christians were connected with the prophecies in the same way we are,” Reinstein said. “He saw that as the future of our relations with Christians, making our relationship stronger. It isn’t interfaith. We are very different, but we have common core elements we can agree on, and these elements come from the Bible we share.”

Rabbi Elon was highly regarded by the Christians he connected with. Dr. Jürgen Bühler, President of the International Christian Embassy Jerusalem (ICEJ), wrote a moving testimony in his memory.

The International Christian Embassy Jerusalem notes with sadness the passing of Rabbi Elon. He will always be remembered by the pro-Israel Christian community worldwide as one of our truest and dearest friends within Israel’s national leadership. During his career as a spiritual leader, educator and government official, Rabbi Elon was an exceptional representative of the Jewish people and a passionate defender of the entire Land of Israel. He had a special rapport with Christian audiences, weaving together Israel’s biblical and modern history in ways that few can. Rabbi Elon especially stood out for his keen insights into the Hebrew Scriptures, his warm, folksy speaking style, and his visionary pursuit of closer Jewish-Christian relations.

Moved by their genuine support for his nation, Elon spent the latter part of his professional career reaching out to Christians and forming alliances that will continue to build on his legacy in the decades to come.

Ayal Kellman, Vice President of e-commerce at Israel 365, worked with Rabbi Elon at the KCAC. He had very warm words for the rabbi.

“It was an absolute honor to working with the rabbi,” Kellman said. “All his efforts were for God and Israel. He personified the perfect blend of Torah scholarship and practical political activity, all via some our best non-Jewish friends around the world. I am sure that this relationship, based as it is on God’s eternal word, will be Rabbi Elon’s true and lasting legacy.”