2,000 Years Ago, Prophet Nehemiah Performed This Temple Rite to Revive Sacrifices. Now, Sanhedrin Is Reviving It 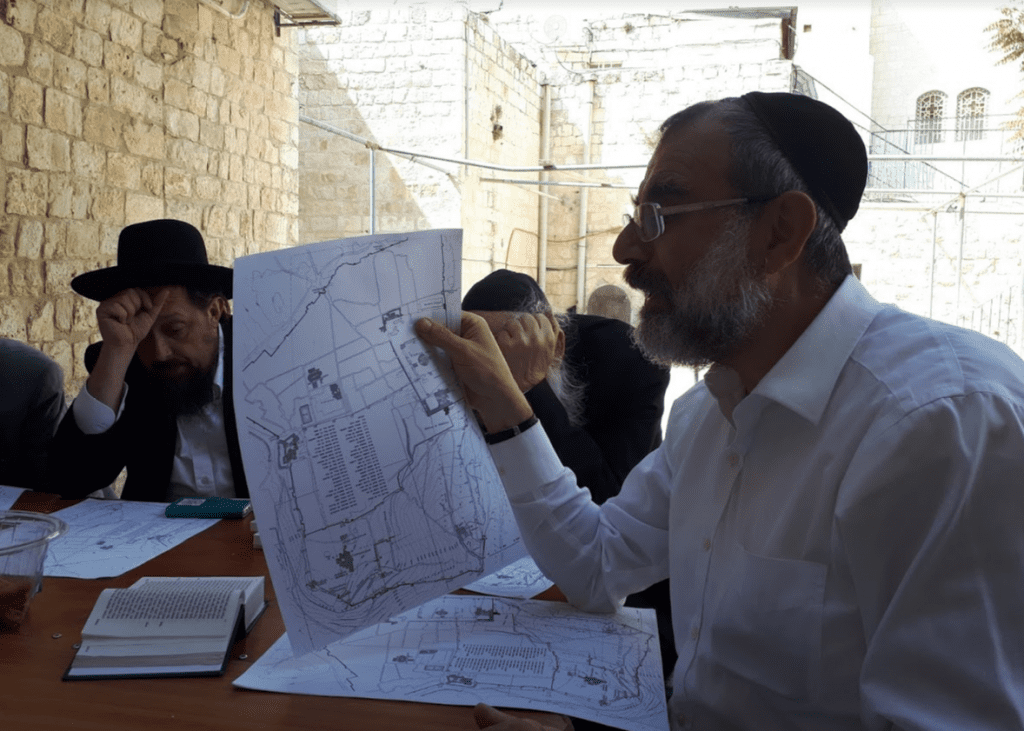 On the day after the Feast of Shavuot (Weeks), the Sanhedrin will reenact a ceremony officially establishing the borders of Jerusalem for purposes of reinstating the Temple service. Last performed by Nehemiah in the sixth century BCE, this was the final step before beginning the sacrifices, but today, it is also meant as a powerful and timely political statement.

Rabbi Hillel Weiss, spokesman for the nascent Sanhedrin, said that establishing these borders is perhaps the final step in reinstating the Temple service, noting that directly after Nehemiah reestablished the boundaries of Jerusalem the sacrifices began anew.

“The only thing lacking today to begin bringing sacrifices is the altar,” Rabbi Weiss explained to Breaking Israel News. “When that is ready, we will need to have these borders firmly established.”

Sacrifices that are required to be eaten in Jerusalem, such as Peace Offerings, the first fruits and the Paschal lamb, must be eaten inside the boundaries of the city. Establishing these boundaries designates the area of holiness.

Rabbi Weiss explained that according to Torah law, an acquisition of land must be accompanied by a physical act. A person who purchases or inherits the land must walk the borders or have a meal on the land. In three weeks, on the day after the Feast of Shavuot, the Sanhedrin will mark points along the border and attempt to walk as much of it as possible. They are still in the process of receiving permission from the Jerusalem Police but in the past, many  Temple-oriented activities have been delayed or diverted due to police restrictions.

Rabbi Weiss admitted that the move had a strong political motive.

“Jerusalem’s Jubilee is the time to re-establish the holiness of Jerusalem,” Rabbi Weiss explained, referring to the upcoming 50th anniversary of the unification of Jerusalem during the Six-Day War. “President Trump is coming on his first official visit. We have to make clear to him, as a leader of a nation friendly to Israel, that the eternal Jewish capital is once again ready to fulfill its Biblical role. This is also in direct response to the absurd UNESCO proclamations, which come to prevent the Jews from performing their Biblically mandated purpose.”

Last Tuesday, on Israel’s 69th Independence Day, the United Nations Educational, Scientific and Cultural Organization’s (UNESCO) Executive Board passed a resolution in Paris declaring Jewish sovereignty in all of Jerusalem to be illegal. The resolution declared the Jerusalem Law, designating the city as Israel’s capital and passed by the Knesset in 1980, to be “null and void”. The resolution expanded on previous UNESCO resolutions which ceded a religious monopoly over the Temple Mount to Islam.

As the first step in the process of establishing borders for Jerusalem in for the Third Temple, the Sanhedrin heard the testimony of Dr. Daniel Michelson, a professor from the Weizmann Institute who has made an exhaustive study concerning the borders of Jerusalem and the Second Temple as established by Nehemiah.

In order to begin offering sacrifices, Nehemiah rebuilt the walls of Jerusalem based on the borders for the First Temple established by King Solomon and King David. The remains of these walls were discovered by archaeologists Bliss and Dickie in the 1890’s. Rabbi Michelson based his measurements and maps on their findings and on detailed descriptions in chapter three in the Book of Nehemiah.

So we built the wall; and all the wall was joined together unto half the height thereof; for the people had a mind to work. Nehemiah 3:38

After designating the borders, the Sanhedrin will reenact Nehemiah’s Thanksgiving Offering of twenty loaves of bread.