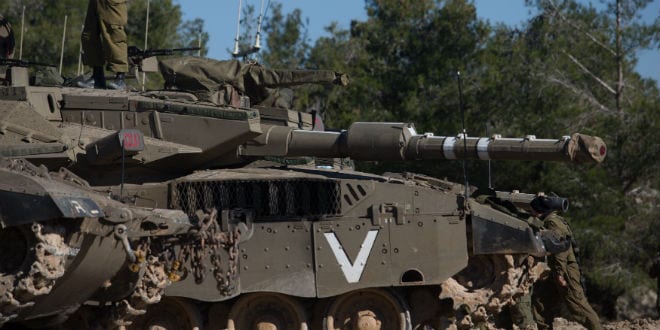 Russian President Vladmir Putin’s plan to set up Iranian Army officers as observers on the Israel-Syria border is even more audacious than first reported. If implemented, Putin’s plan will establish the Golan as part of Syria, supervised by the Iranians, and it will become a no-fly zone for the Israeli Air Force (IAF) protected by advanced Russian anti-aircraft systems.

Last week, Debka Files, an Israeli military intelligence website, reported that President Putin suggested to President Donald Trump that a solution for the Syrian crisis would be to establish “de-escalation zones” manned by Russian, Turkish, and Iranian military personnel. These would replace similar zones currently manned by US military personnel.

Israel immediately responded by informing both the Russian and US government that “the Israeli government will on no account countenance an Iran military presence along its border”.

It became clear this week that the Russian plan is even worse than previously thought. The plan would, in fact, put Iranian military personnel inside the borders of Israel, ceding parts of the Golan to Syria. Debka Files reported the details:

“A map released by the Russian foreign ministry Saturday of the four “safe zones” in Syria covers not only southern Syria but Quneitra and the Israeli Golan. The ceasefire in those zones is to be monitored by Russian, Iranian and Turkish army officers. They will also be no-fly zones, meaning that the Israeli air force will be barred from flying over its Golan enclave, should the Russian plan ever take off.”

The exact boundaries of these zones will be determined by the observation groups one month after setting up their observation posts.

President Putin discussed the plan with President Trump last Tuesday, though it is unclear whether Trump gave his assent.

The plan has a hidden aspect which is even more disturbing. General Qassem Suleiman, commander of Iranian forces in Syria and Iraq, recently reorganized the military structure of the troops in Syria. Under the new arrangement, the 8,000 Hezbollah troops currently fighting for Syrian President Bashar al Assad are now under Iranian command. If Putin’s plan takes effect, Hezbollah troops could simply put on an Iranian uniform and act as ceasefire monitors in the “safe zones”.