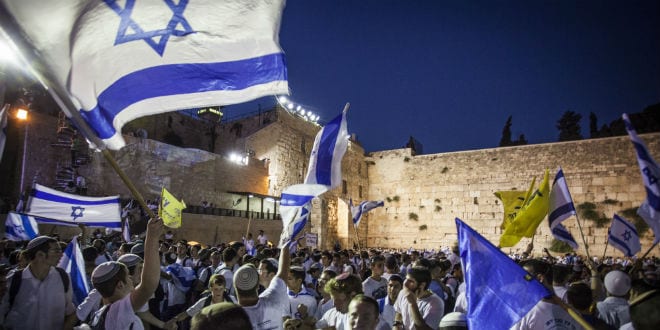 A new nation-state bill declaring Israel the “national home of the Jewish people” passed its first hurdle in the Knesset on Sunday, marking the first time that an attempt to entrench the Jewish character of the state of Israel into law has advanced to this stage.

The bill, which declares that “the right to realize self-determination in the State of Israel is unique to the Jewish people”, also proclaims Jerusalem the country’s capital.

In addition, it downgrades the Arabic language from an official to a non-official language of the state, albeit with “special status.”

“The national language [of Israel] is Hebrew,” the bill states.

Originally proposed by MK Avi Dichter (Likud) in 2011, the bill came up for ministerial consideration again in 2015 at the height of the most recent wave of terror which swept the country.

At the time, Dichter argued that the bill was more important than ever in the face of terrorism aimed against the very nature of the state, as “the Palestinians no longer hide their goal to erase the nation-state of the Jewish people.”

“This is a battle for the country’s image and national identity,” he continued, pointing out that none of Israel’s 11 Basic Laws “deals with the country’s identity” as a Jewish state.

“This bill is meant to protect Israel’s status as the nation-state of the Jewish people, in that it anchors the values of the State of Israel as a Jewish and democratic state in a Basic Law.”

However, the bill did not pass through a ministerial committee at the time.

The bill approved on Sunday had undergone editing of its original language, which raised objections and controversy by promoting the Jewish character of the state over its democratic nature. The newest version does not do so, aiming only to legally define the state of Israel as a fundamentally Jewish country for the Jewish people.

On Sunday, the acting head of the committee, Tourism Minister Yariv Levin, announced that he had decided to “put an end to the food-dragging” and approve the legislation.

“For too long, we’ve been trying to discuss and reach a decision regarding the law – a basic law that’s not clear how it hasn’t been enshrined in legislation until now – and whose simple goal is to protect Israel’s status as the state of the Jewish people,” he said.

The bill will now proceed to the Knesset, where further readings will be held before it becomes law.